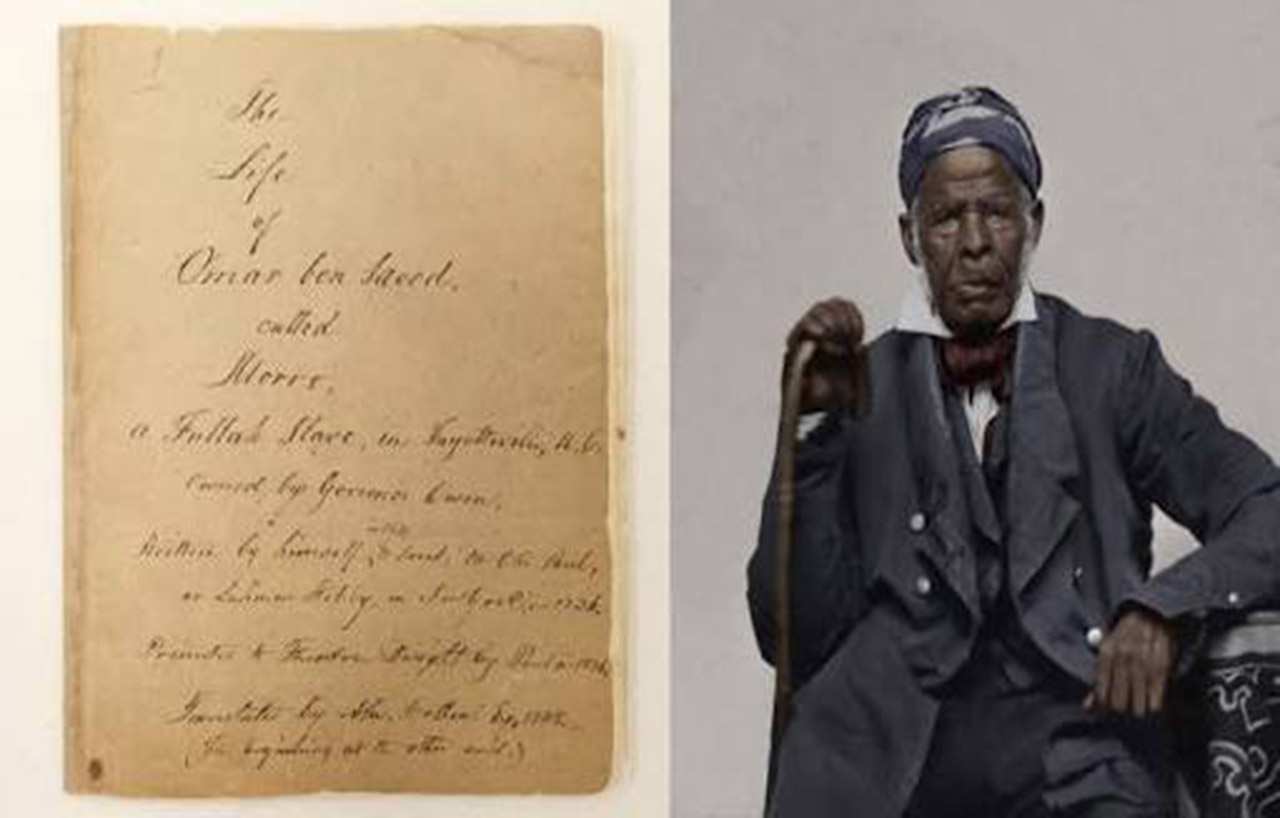 An Autobiography That Is Challenging Accepted History

A historic manuscript of an autobiography, written in Arabic by a slave from the 19th century that raises fundamental questions about the accepted narrative about African slaves, from the days of American slave trade, has been digitized and put up online by the Library of the American Congress. Siddhartha Dasgupta writes.

“You ask me to write my life. I cannot write my life, for I have forgotten much of my talk as well as the talk of the Arabs. O Brother, in the name of Allah, I ask you not to blame me, for my eye is weak, as well as my body.”

The hand-written manuscript of Omar Ibn Sayyid’s autobiography, the only autobiographical account known to scholars that is written in Arabic by a slave in the United States, had till now been in private possession of a few American families. Recently the autobiography was acquired and digitized by the Library of the American Congress, and has been put up in the public domain. 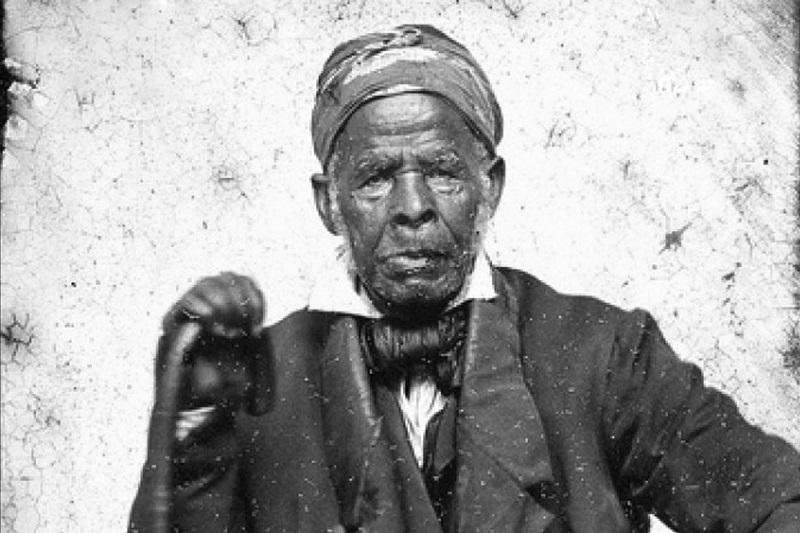 “My name is Omar Ibn Sayyid. My birthplace was Fut Tûr – between the two rivers”, wrote Sayyid. The area of “Fut Tûr” is believed to be in modern day Senegal in West Africa. Omar Ibn Sayyid was kidnapped by American slave traders when he was 37 years old, and shipped to the United States in the early 1800s. “Before I came to the Christian country, my religion was the religion of Muhammad,” he wrote in his autobiography. Written fully in Arabic, this manuscript is one of the rare instances of a written account by an erstwhile slave, largely unfiltered by usual editorship of slave masters that were common when it come to such narratives – largely because of his choice of Arabic as a language. His account is similarly also markedly different from those of liberal white abolitionists who fought for de-legalising slavery.

“Then there came to our place a large army, who killed many men, and took me, and brought me to the great sea…,” wrote Sayyid, describing his kidnapping. Before his capture, Ibn Sayyid was a known scholar and world traveler, according to his own account. His memoir has triggered questions about the lives of Western African peoples before the attack of slavery. “I prayed at noon, prayed in the afternoon, prayed at sunset, prayed in the evening. I gave alms every year, gold, silver, seeds, cattle, sheep, goats, rice, wheat, and barley. I gave tithes of all the above-named things. I went every year to the holy war against the infidels. I went on pilgrimage to Mecca, as all did who were able,” Omar writes. 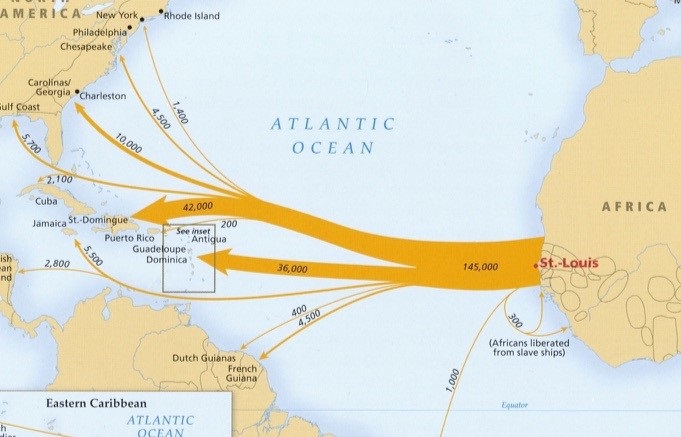 Ibn Sayyid’s detailed account of his life, his journey, his education and his people, exposes facts about his society that were till now largely hidden from public domains. His autobiography establishes beyond doubt that he came from a highly educated background, and that before the slave traders reached the coasts of West Africa, the people there were already a part of a complex inter-continental social order – that of Islam. Sayyid in his autobiography talks about 25 years of education. “His literacy and culture completely goes against the abolishers, who say […] that slaves were not people with culture,” said Prof Ala Alryyes of the City University of New York. “In fact they were persons with distinct histories, abilities, culture, and background,” he goes on to add in an interview given to the PBS. Alryyes is the translator of Sayyid’s autobiography, from Arabic to English. 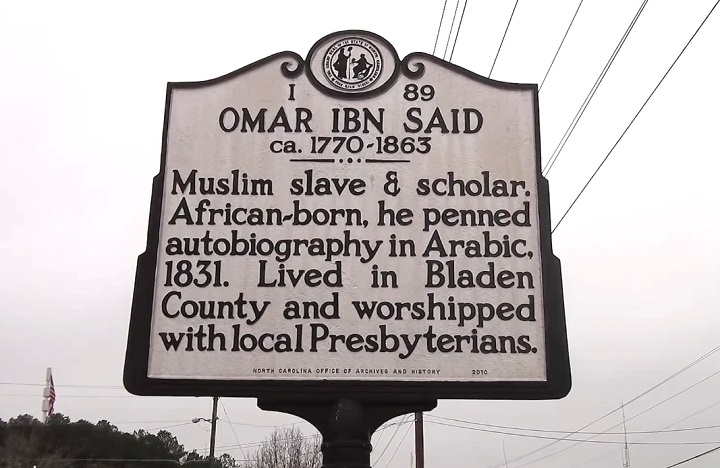 “They sold me into the hands of the Christians who bound me and sent me on board a great ship, and we sailed upon the great sea a month and a half, when we came to a place called Charleston [in today’s South Carolina],” Sayyid wrote. In Charleston, he was sold to “a small, weak and wicked man”, called Johnson. After years of abuse Omar fled. “I was afraid to remain with a man so depraved and who committed so many crimes and I ran away,” he wrote. But he was caught again in North Carolina when he went one day to a church, to pray. “A man named Handah [Hunter?] and another man with him on horseback, came attended by a troop of dogs. They took me and made me go with them twelve miles to a place called Fayd-il [Fayetteville], where they put me into a great house from which I could not go out. I continued in the great house [jail] sixteen days and nights,” he writes. Omar was captured and thrown into a jail cell, where he started writing on the walls of his cell, in Arabic. This attracted the attention of the authorities and other important people. The brother of the North Carolina Governor, who was an abolitionist, subsequently bought and released Omar Bin Sayyid from the prison.

Sayyid would eventually convert to Christianity, and start penning down his story when he was in his sixties. Though he had picked up English by then, he decided to write his memoir in Arabic – a decision that possibly reflects his intent of bypassing censorship. The words in Sayyid’s manuscript are arguably as close to his consciously intended articulation as would be possible under such conditions of extreme duress and captivity, making his autobiography a blessing from history for the modern world’s understanding of the past. According to Prof Alryyes, 20% of the African slaves were in fact Muslims, but this historical fact has been efficiently erased through the white Christian editorship of other accounts coming from the slaves themselves. Challenging the institution of slavery, Ibn Sayyid opens his autobiography with a verse of the Quran that translates to “Its only God who has the possession and the ownership of both human beings, and of things.” 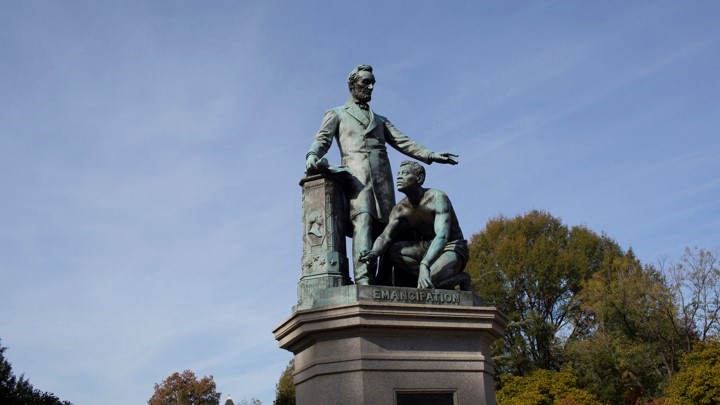 The Lincoln Emancipation Statue, paid for by former enslaved people and erected in Washington, D.C., in 1876, has been criticized for representing the history of slavery from a “white saviour” narrative. Courtesy: Andrew Lichtenstein / Getty

Abolitionists, missionaries and linguists translated pieces of Ibn Sayyid’s writings, which were used in the fight against slavery. But now for the first time, the entire manuscript is available for the general reader.

Omar Ibn Sayyid died in his eighties, and by then he had been converted into Christianity by those “good [white] men” who fought for his “freedom” from slavery. “These men are good men. What food they eat they give to me to eat. As they clothe themselves they clothe me. They permit me to read the gospel of God, our Lord, and Saviour, and King; who regulates all our circumstances, our health and wealth, and who bestows his mercies willingly, not by constraint. According to power I open my heart, as to a great light, to receive the true way, the way of the Lord Jesus the Messiah” – Omar’s hand-written words leave us with this chilling account of erasure of an entire history, a culture, a religion and an entire people. 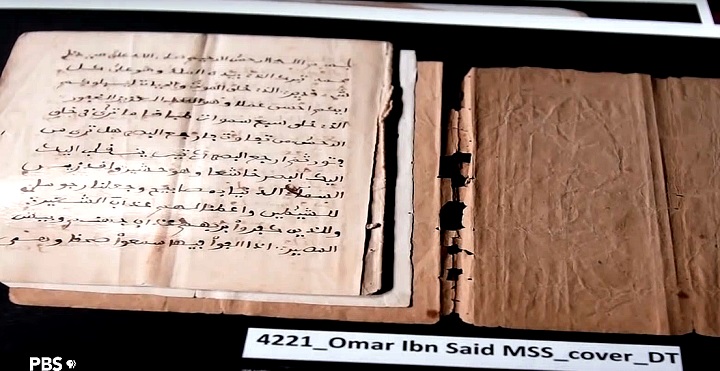 Siddhartha Dasgupta is an activist and freelance jounalist.