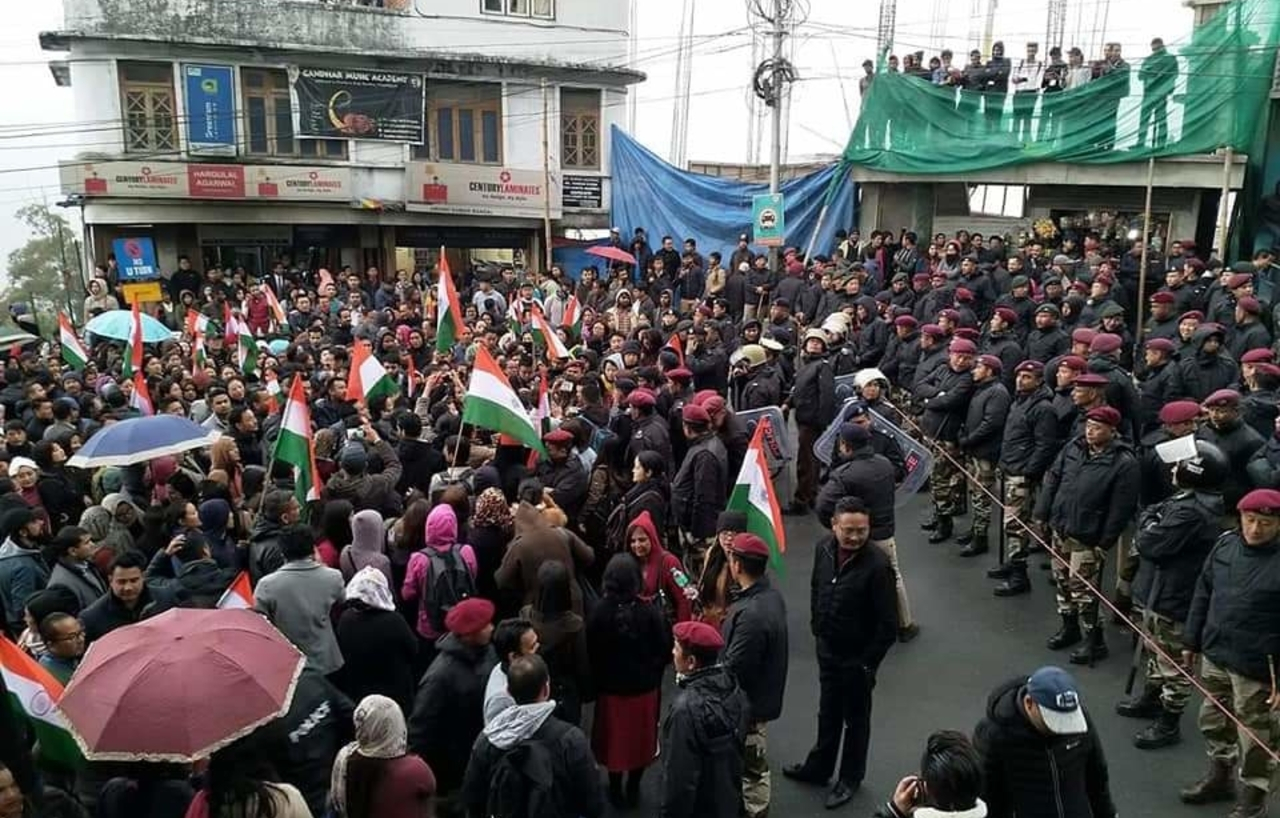 Protesting Executive Members of the All Sikkim Adhoc Teachers Association are under police custody as an FIR has been lodged against them. Raju Chetri‘s report.

The teachers had earlier gone to the police station to lodge an FIR as they were being defamed on social media. One of the facebook accounts had described them as terrorists who are stirring unrest in the state.

However, an FIR was lodged against them instead by the ADC East Sikkim, and the teachers were taken under custody at the Sadar Thana Gangtok.

The protest had begun with the demand for regularisation of adhoc teachers. Earlier on 24th January, All Sikkim Adhoc Teachers Association and Temporary Employment Association had held a peace rally at Gangtok. The demands raised by the association are:

1. Regularisatiom of competent teachers serving for five years or more and continuation of adhoc service for the rest without service break, like in a Master Role.

2. Regularisation of Adhoc teachers who have acquired the required academic as well as professional qualifications.

3. Continuation of Adhoc Service and formation of rules for the appointment in Adhoc service for the teachers who do not have required qualifications.
Chief Minister Dr. Pawan Chamling had in fact promised earlier that his Government would regularise competent teachers and provide continued service to the ’underqualified’.

The arrested members are Yogesh Sharma, Prakash Parajuli, Lapden Sherpa,Rajesh Dahal,Tashi Lepcha and Suman Chettri. The All Sikkim Teachers Association had blocked National Highway 10 on 18th February. The Police force had to struggle hard in order to stop the protesters. The blockade was lifted around 4 pm, after the HRD released a notification which stated regularisation of teachers exceeding five years of service with qualifications as required under NCTE norms.

The FIR filed against the Adhoc Teacher’s read, “… a group of Adhoc teacher taken out a rally on a National Highway 10 in an unauthorised manner without obtaining requisite permission from the competent authority thereby obstructing the movement of traffic for over 2 hours on NH-10 and causing inconvenience to the public and violating the fundamental rights of the general public of free movement.” The Adhoc teachers said that they were protesting peacefully without obstructing the road. Others also termed this as a conspiracy as it was the police that blocked the highway by drawing a rope from one end to the other. The arrests came one day after the protest.

The author is a journalist with Knock Sikkim. Photos courtesy author.