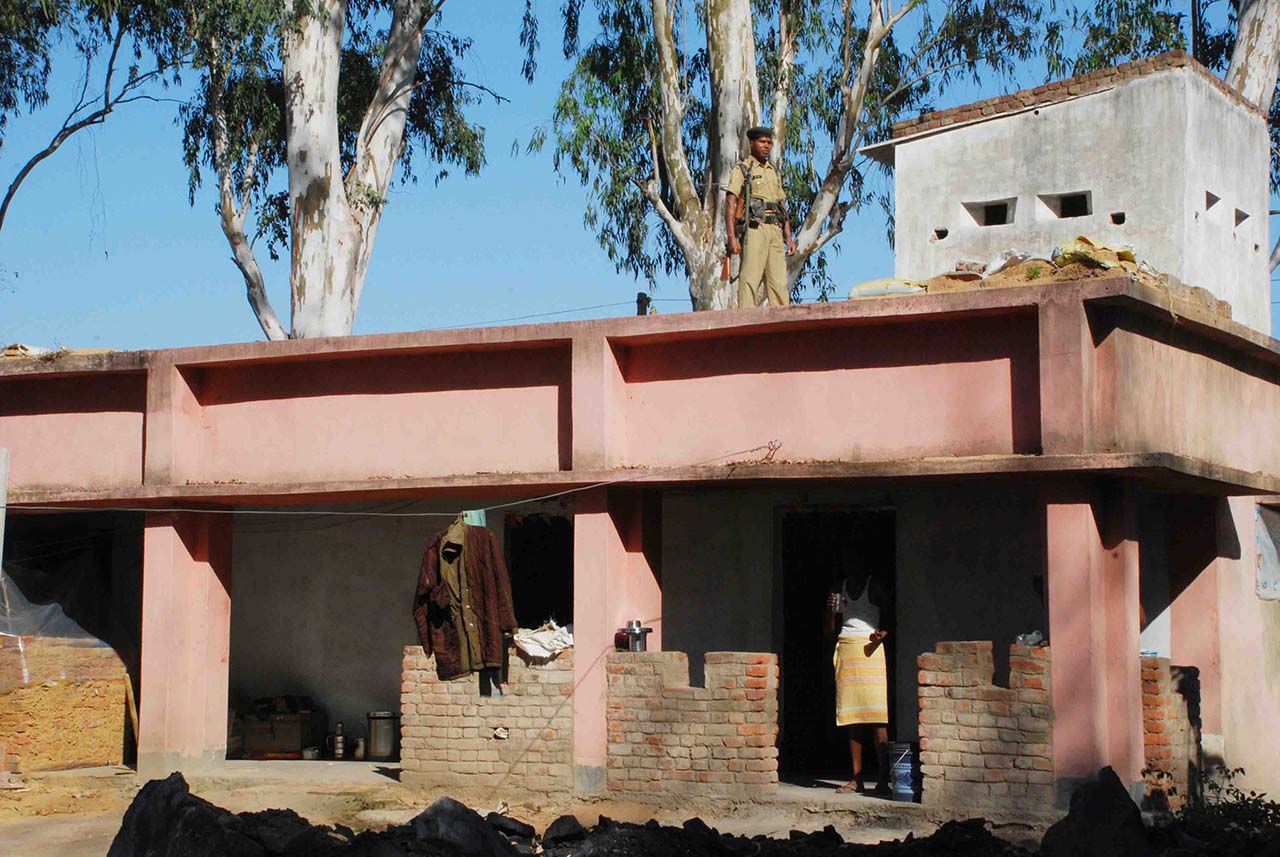 Right to Education of Adivasi Children under Threat as Security Forces Occupy Schools in Khunti, Jharkhand

The Jharkhand Government has established security camps inside many primary schools and panchayat bhawans in several village in Khunti district of the state. The villagers and women’s rights activists allege that these camps have adversely affected the Right to Education of adivasi children. They have urged the state government, NHRC and NCST to relocate those camps.

On 20 December 2018, during a 2-day visit of the National Commission for Scheduled Tribes (NCST) in Ranchi, Jharkhand, the Chairperson Shri Nand Kumar Sai  called upon the Jharkhand state government to vacate the security camps from schools. The NCST delegation, including the Chairperson and Vice-Chairperson Ms. Anusuya Ukil among others, met with the state Minister for Women and Child Development Ms. Louise Marandi, and asked for the relocation of security camps as they adversely affect students and local residents.

This recommendation by NCST comes in the wake of a previous complaint by women’s rights group, Women against Sexual Violence and State Repression (WSS) submitting complaints to the NCST against the unfair and biased investigation into the gang-rape of 5 adivasi women in Khunti, Jharkhand in June 2018, which was followed by targeted raids in neighbouring villages.

Residents of Ghaghra and neighbouring villages,  from Khunti district in Jharkhand, and women’s rights activists have also approached the National Human Rights Commission (NHRC) with 9 complaints against the establishment of security camps inside primary schools and Panchayat Bhawans in the village. The complaints state that 9 schools and 2 panchayat bhawans in Khunti, Murhu, Arki, Badgaon of Khunti and Chaibasa districts have been continuously occupied by security forces since June 2018.

The rights groups and residents complained in their petitions to the NHRC, NCST that establishment of security camps inside primary schools and panchayat bhawans was in contravention of Supreme Court guidelines. In September 2010, the Supreme Court had held in Exploitation of Children in Orphanages in the State of Tamil Nadu vs. Union of India & Others. that “school buildings are not allowed to be occupied by the armed or security forces in future for whatsoever purpose”. Previously, the Supreme Court had also directed the state of Chattisgarh to release schools from the occupation of paramilitary forces in the ongoing Salwa Judum case.

The residents alleged that as a result of these security camps, schools have been shut down affecting the right to education of adivasi children, who are living under a constant environment of fear and intimidation.

The fact-finding visits of WSS and CDRO in June and August uncovered that, on 26 June 2018, the police claimed to have raided Ghaghra village in order to arrest three Pathalgarhi leaders falsely implicated in the gang-rape of five adivasi women a fortnight previously, whereas the real culprits identified by the villagers are still at large. The police lathi charged the villagers and drove them back using several tear gas shells and by firing. One of the villagers, Birsa Munda, died on the spot after being hit on the head with a lathi, and his family has still not been provided with a post-mortem report.

This was followed by full-fledged security raids on 27 June 2018, as 1000-member strong force of CRPF, RAF, JAF and personnel from other units raided Ghaghra (a village with a population of around 300) and neighbouring 7 villages. In 2 villages, security forces unleashed brutal violence in the form of beatings and atrocities on men, women and children, lathi-charge, tear-gassing and rubber pellet shootings, and also raided the homes, and destroyed the belongings of the residents. Women who were fleeing from the violence were caught and assaulted, with at least one woman having been raped and another disrobed here, and several other instances of sexual violence in neighbouring villages. One woman who was pregnant was verbally abused, physically assaulted, lathi-charged and beaten up due to which she fainted. The security forces continued to camp outside the villages for at least two weeks, and patrolling continues until today.

The residents in their complaints raise issues of atrocities and human rights violations during and following the brutal security raids, including the death of Birsa Munda, and assaults against women. The complaints demand vacation of security camps from schools and panchayat bhawans. They also demand an impartial investigation into the gang-rape of five adivasi women, security raids, use of tear gas and lathi-charge, the death of an individual, and the sexual violence against villagers. Finally, complainants demand compensation, as there has been criminal inaction by the police in registering FIRs and pursuing necessary investigations.

The occupation of schools by para-military forces is not limited to Jharkhand alone. The scenario is similar in this regard in every mineral-rich adivasi region of India where they are resisting the mining companies, which come with state backing. It is part of the larger ‘development’ plan to extract mineral wealth by driving away the adivasis from their ancestral lands. The militarisation of schools in those areas has been a mechanism of surveillance and is highly repressive.

An article in the Cafe Dissensus blog reports that in Chattisgarh, on 31 June, 2017, “the Balika Aswaas Vidyalaya, a government girls’ residential school in Palnar village, Kuakonda Block of Dantewada district had many visitors, unusual for a school… A programme organised by a local television on the occasion of Raksha Bandhan, the Hindu festival where a ‘sister’ ties a Rakhi (coloured string) around her ‘brother’s’ wrist, who then vows to protect her. On this day, the ‘brothers’ – 100 paramilitary forces (or jawans as they are known) from CRPF – entered the girls’ hostel for tying Rakhi. During the programme, the female students were made to dance with the jawans. After the programme, some of the jawans followed seventeen girls into the restroom and molested them – the details of which will numb anyone with anger.” According to the report 17 girl students were molested, and more than a year has passed since then. The SP and the collector did not allow the incident to be reported. Adivasi activist Soni Sori and journalist Lingaraj Kodopi made the incident public. Subsequently, only 2 jawans had reportedly been arrested under sections of Protection of Children from Sexual Offences (POSCO) Act, 2016.

Apart from the NHRC and NCST, residents of  Ghaghra and adjoining villages have also sent a petition to the Chief Justice of India, National Commission for the Protection of Child Rights, the state Department of Women and Child Welfare, the District Collector and Chief Secretary, Jharkhand. However, till date, barring the NCST, no other agency has taken action on these complaints.

The WSS has also demanded that the NHRC take immediate cognizance of all the complaints filled by the residents of Ghaghra and neighbouring villages and has also urged the National Commission for the Protection of Child Rights to take immediate action in the matter of occupation of schools by security forces and ensure continuation of children’s education in an environment free of intimidation and fear.

The above report is based on a press release dated 22 December 2018, issued by Women Against Sexual Violence and State Repression (WSS).

Cover Image:  Upgraded Middle School in Marangloia in Latehar where Jharkhand Armed Police have set up camp since 2008, occupying a part of the building. Photo-Manob Chowdhury. Courtesy : This Correspondence.