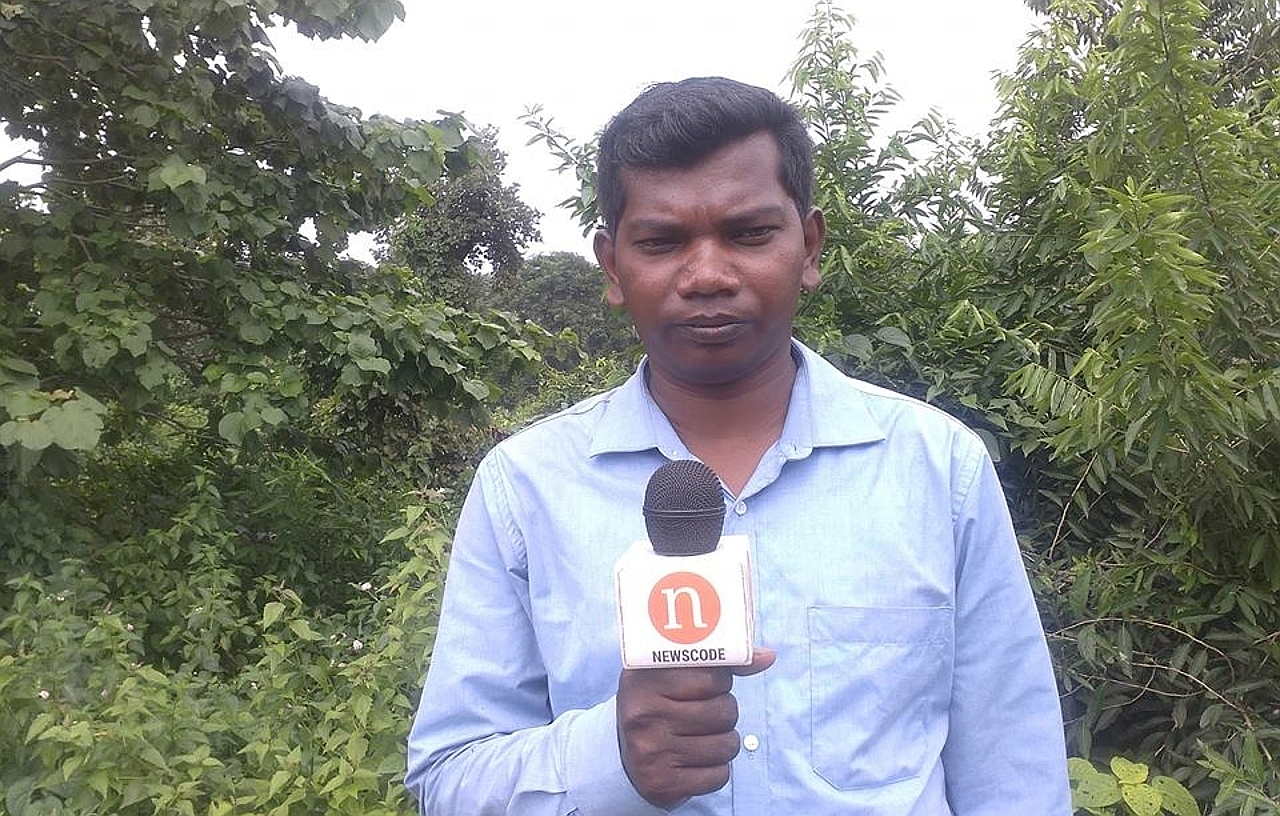 Adivasi journalist Amit Topno has been allegedly murdered in Jharkhand. He was missing since Saturday. A GroundXero report.

Journalist Amit Topno’s body was found in Ghaghra area of Jharkhand, as per a report by Sabrang India. Sunday around 8.30 am in the morning his body was found by the locals in Ghaghra of Doranda Police Station area. The locals informed the police, and it was later identified as Amit Topno. His friends and relatives alleged that he has been murdered.

Amit Topno was working as a special correspondent at NewsCode, Jharkhand. He was also working as an Ola cab driver. Prior to this, he has worked in a news portal, Video Volunteers, as a community correspondent. His profile page in the news portal says:

Amit is a Community Correspondent and an Adivasi inhabitant of the conflict-prone region of Khunti.

In the escalating conflict between a draconian state and violent insurgency, Amit believes that the ones who lose out most are the innocents caught in between. He has witnessed thousands of violations that the state and insurgents have committed in the name of ‘development’ and ‘freedom’. It is a difficult region to work in, but Amit has a decade of experience as a grassroots organizer and leader. As a Community Correspondent he believes it is his responsibility that these injustices are heard, understood and redressed.

Amit Topno has been bringing exclusive videos covering the Pathalgadi movement. Pathalgadi are a way to demarcate the adivasi territories and tell the Government that the law of the land does not apply here. In June this year, the movement erupted at Khunti, 40 km south-east of Ranchi after the police reportedly roughed up a gathering of Munda villagers on allegations of raiding the house of former Lok Sabha deputy speaker and abducting three security guards. The Pathalgadi movement put up plaques across the area, with provisions of the PESA Act engraved. Among other things, the plaques state: ”Adivasis have the right over the land they live in. Adivasis are the owners of natural resources. Voter IDs and Aadhaar cards are anti-Adivasi documents.” The State and the Central Governments have taken severe measures against this movement for Adivasi autonomy. The police and security forces have allegedly been used by the Governments to spread false rumours about what the Adivasis have claimed as a movement for their legitimate autonomy. Earlier in June this year one villager connected with the movement was allegedly killed in a stampede during a raid by security forces. 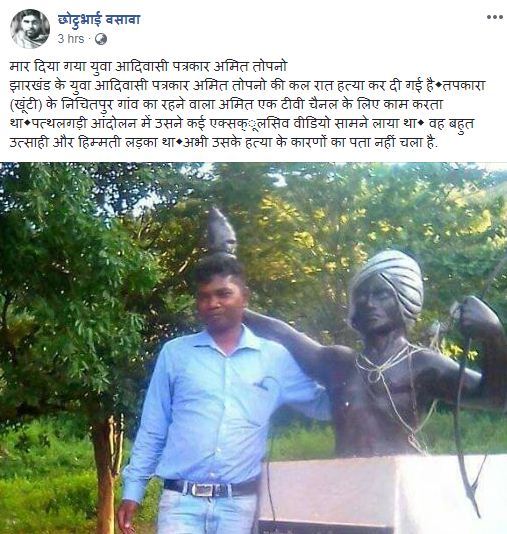 Doranda Police Station in-charge said prima facie it is a case of murder. The case is now under investigation.
The mainstream media houses, that conduct hour-long debates on freedom of speech, did not find it necessary to report on the alleged murder of a journalist who was reporting on people’s issues and state violence.

GroundXero condemns such attacks on journalism and demands a free and fair investigation into the death of Amit Topno.