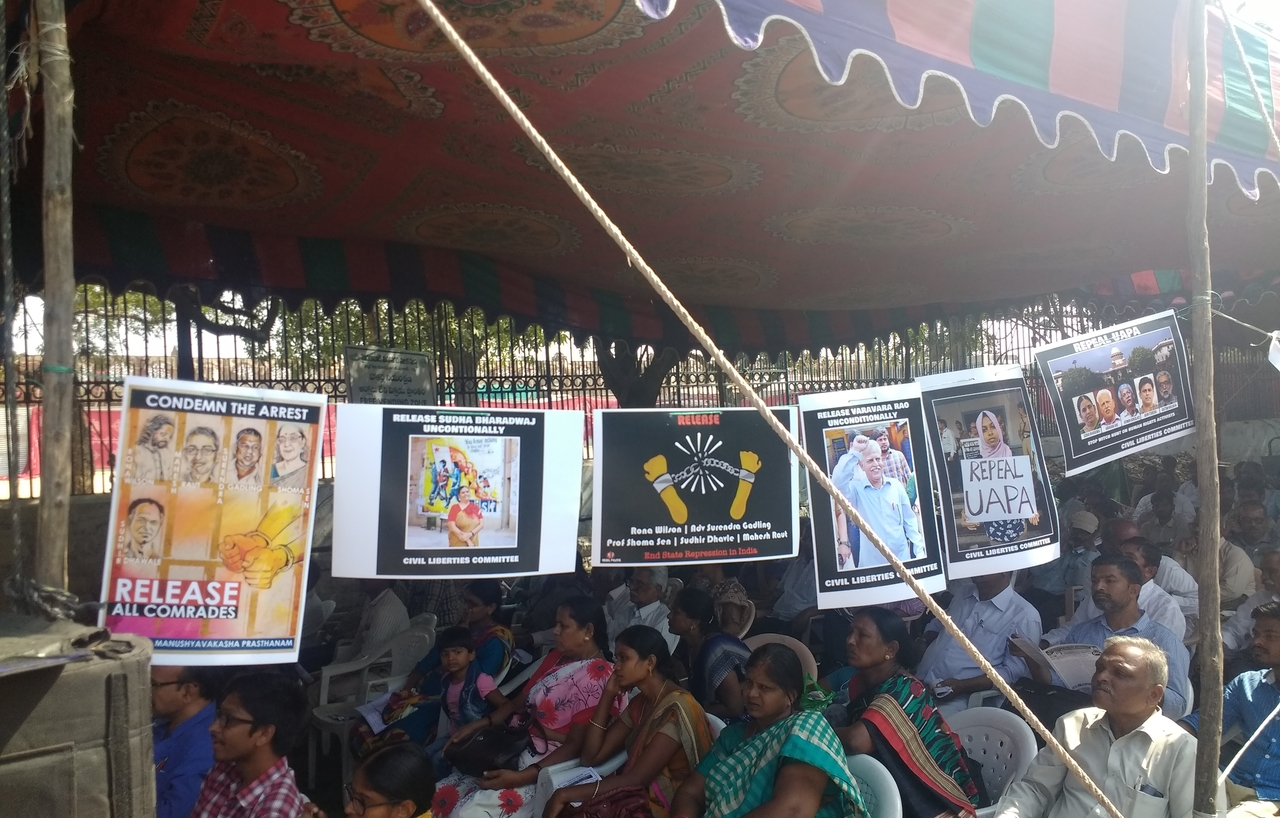 The courts, by not intervening in the abuse of Unlawful Activities Prevention Act, are becoming the legal instruments in the hands of the state to perpetuate unlawful activities. If civil liberties lawyers are targets of such laws, who will fight for the rights of the marginalised that the Chief Justice referred to? Padmaja Shaw asks.

It was a moment for reflection. Much has happened since the proscription of protests at Dharna Chowk for over 18 months in Hyderabad. Following an order of Telangana High Court in response to a public interest litigation challenging the closure of the protest venue in the city, after a long recess, a protest was held on 25 November 2018 by people’s organisations to condemn the arrest of Varavara Rao – the intellectual giant of Telangana with an extraordinary body of work of poetry, literary criticism and fiction spanning half-a century. 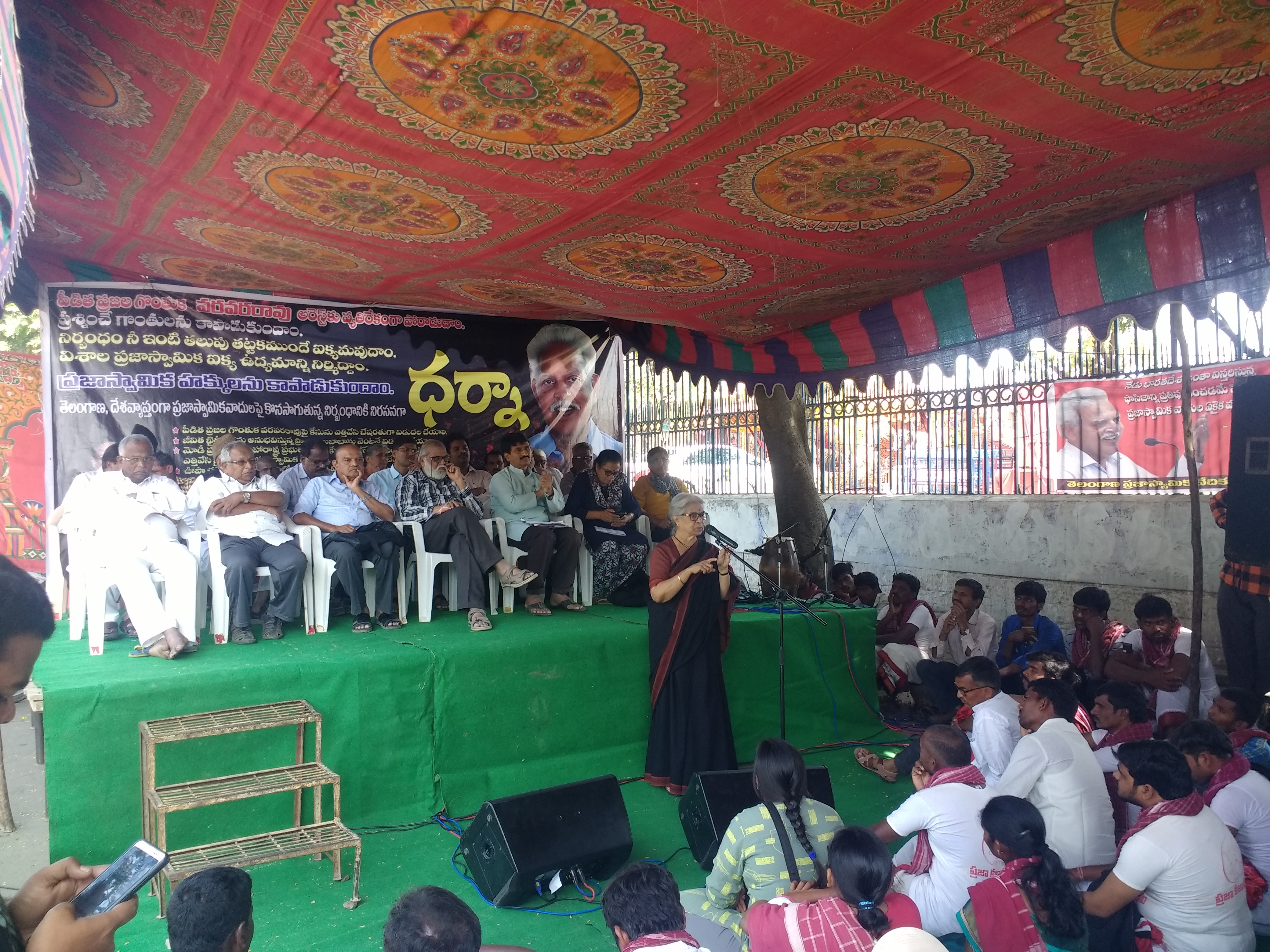 In a more self-aware society, such a cultural icon would have been celebrated and cherished. Not merely for the quantity of work. Not because he is almost 80 years old. But for the deeply humane thread that animates every work of his. Over the last five decades, his critique of contemporary politics unfailingly reset the moral compass to refocus on the plight of the marginalised. He often would say in his inimitable style that to be a writer or a revolutionary, you have to first be a lover. A lover of people. Humanity.

Such a key intellectual symbol of political dissent in Hyderabad, Varavara Rao, was sent to judicial custody in Pune on 26 November, the Constitution Day.

Speaking at a function in Delhi on the occasion, the Chief Justice of India, Justice Gogoi, said “Our Constitution is the voice of the marginalised as well as the prudence of the majority. Its wisdom continues to guide us in moment of crisis and stability. It is in our best interests to heed its advice; if we do not, our hubris will result in a sharp descent into chaos.”

Two parallel legal processes underway seem to illustrate to us that the hubris is already upon us, threatening to tip over into chaos.

One is the case of violence in Bhima-Koregaon. Much has been written about it. The timeline and the FIRs filed immediately after the event on 1 January 2018 clearly show that by all accounts it was Sambhaji Bhide and Milind Ekbote who were responsible for organised violence on that day. While pleading for his own bail, Ekbote admitted that the main instigator was Bhide, and that he himself is a marginal player, therefore deserved to get bail. Bhide never was arrested.

In the weeks and months that followed, the case was turned on its head to implicate intellectuals, artists, activists and civil liberties lawyers by conducting raids and seizing their laptops and devices. After launching a major fishing expedition, the Pune police still could not find a shred of authentic evidence, but had to concoct poorly conceived and drafted letters, without headers, signatures or names of senders or receivers, to implicate the arrested activists.

Surendra Gadling, the human rights lawyer who was arrested, arguing for himself, time and again demanded in court for the forensic laboratory reports authenticating the letters the Pune police produced to accuse the activists of “conspiracy to kill the Prime Minister”. It is being reported that the 5000-odd page charge sheet filed by the police barely has two sentences that refer to the “conspiracy”.

The police of “Digital India” have so far been unable to submit any such reports in the court. Neither have the courts shown any enthusiasm to insist on it, even as they continue to incarcerate the arrested activists on the flimsiest of charges under the Unlawful Activities Prevention Act. 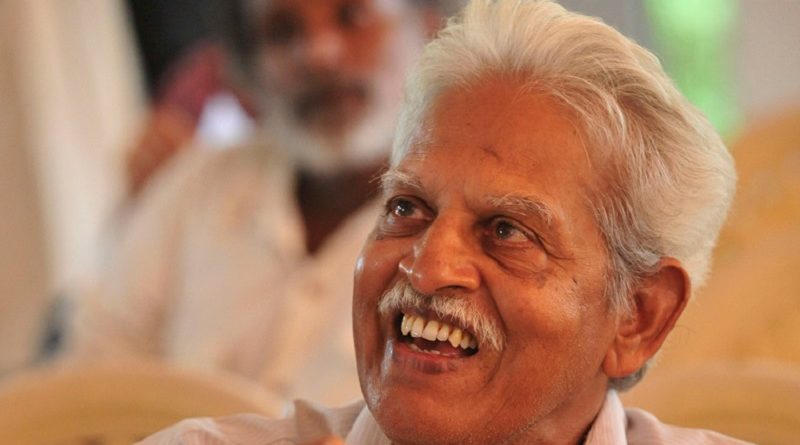 The second case is that of the Sohrabuddin fake encounter case trial that has resurfaced and is being heard in Bombay High Court. After killing him, Sohrabuddin incidentally was also initially accused of a conspiracy to kill the then Chief Minister of Gujarat, who is now the Prime Minister. Later trials have shown the accusation to be untenable.

The evidence produced in courts so far over the last decade or so of its life include call records, witness statements, sworn statements and affidavits from senior investigating officers in-charge of the investigations and circumstantial evidence. There has been a string of unexplained deaths. A former Home Minister of the state was killed, which was never investigated. Of the witnesses, only 16 continue to give evidence out of the original 36, the remaining having turned hostile. A judge hearing the case has also died in unexplained circumstances. Senior police officers were found to be complicit and charged, only to be let off later. A minister was convicted. The state has so far not invoked the Unlawful Activities Prevention Act. What then are unlawful activities?

Unsuccessful attempts were made to prevent the coverage of the hearings on media. Caught in the headlights of the revelations courageous officers are making in the court, the complicit media are finding other things to talk about. But in contrast, the concocted stories on the activists were systematically leaked to the friendly media that orchestrated their arrests, vilifying them as “urban naxals.”

Bhima-Koregaon is an annual celebration of Dalit pride and for the 200th anniversary this year, many more made the pilgrimage. The attacks on Dalits, Muslims and minorities that occurred relentlessly over the last few years, the Dalits’ outrage at the dilution of the SC, ST (Prevention of Atrocities) Act that resulted in several of them being shot dead in protests, acquired a new identity for the dissenters and their supporters through the complicit media – “Urban Naxals.”

People like Sudha Bharadwaj, Surendra Gadling, Arun Fereira have all trusted the Constitutional values and have spent decades of their lives fighting cases in courts of law. As civil liberties lawyers, they often fight cases pro bono for the poor, unorganised labour, displaced adivasis, and workers. Whether it is Shoma Sen, Varavara Rao, Mahesh Raut, Sudhir Dhawale or Vernon Gonzalves, their simple demand is to recognise the humanity and citizenship rights of the marginalised people and to fulfill the promise of equality before the law that our Constitution bestows on us. 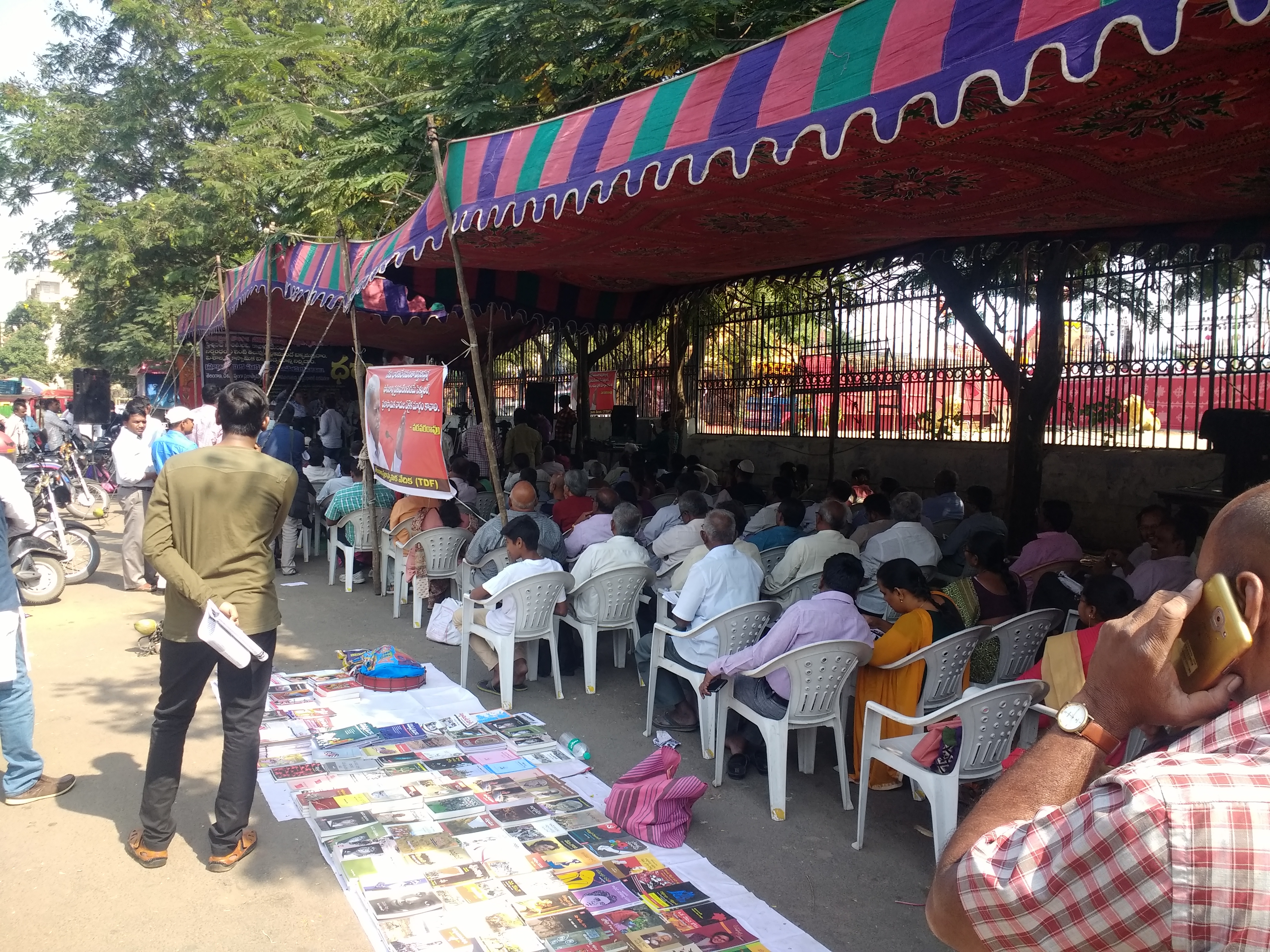 That was their last resort to enforce democracy. In today’s India, to have such faith in the Constitution and rule of law is a crime.

It is indeed the hubris of the Indian state today that people working for the welfare of the poor are thrown to the wolves, while the garden variety of political extortion, murder, intimidation of witnesses, grossest forms of abuse of power are winked at and abetted by the law and order machinery. The judiciary, time and again by not doing its duty to curb the excesses of the executive, has become a scared spectator to this crass degradation of constitutional values.

The courts, by not intervening in the abuse of Unlawful Activities Prevention Act, are becoming the legal instruments in the hands of the state to perpetuate unlawful activities. If civil liberties lawyers are targets of such laws, who will fight for the rights of the marginalised that the Chief Justice referred to?

Such erosion of faith in the last bastion of democracy, the judiciary, does not bode well for the future of the country.

Padmaja Shaw is an author, a researcher of journalism and popular media, and has taught media at Osmania University and the English and Foreign Languages University. She tweets @paddycs.