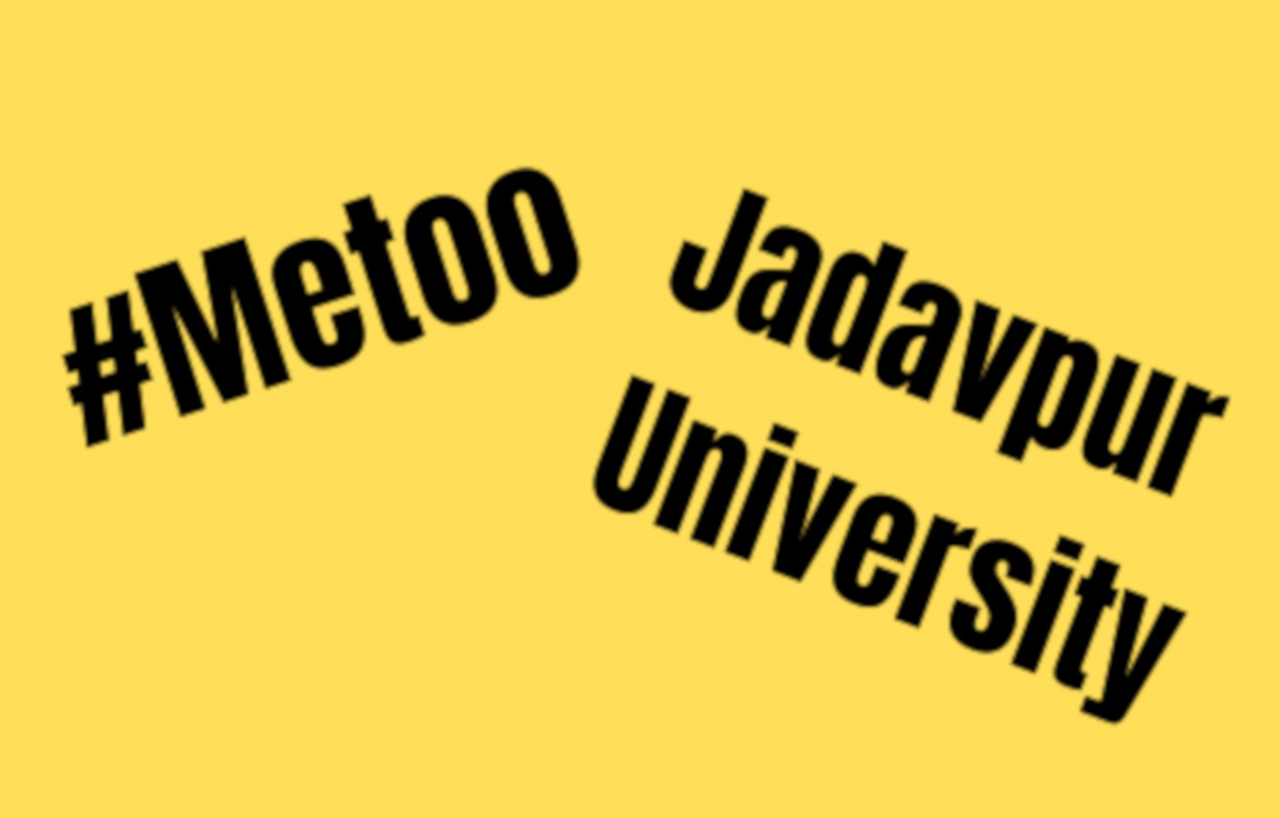 It has come to our knowledge that last month a young woman research scholar  lodged a complaint against her supervisor– a faculty member in Jadavpur University, alleging that he has repeatedly harassed her, taking advantage of his position. Following the protracted harassment she resigned from her research assistant position in September, yet no steps have been taken by the administration as of yet A Groundxero report.

The #Metoo movement has publicly raised questions regarding consent and workplace sexual harassment across a wide range of largely upper/middle class professional spaces – in particular the media, entertainment industry and Academia. This outpouring of stories into the public domain has marked an important process of sharing between survivors, of sensitization more broadly, and encouraged more people to come forward with their experiences. Yet, the isolation and lack of redressal faced by survivors show how much further we need to go. Last month yet another woman student in one of the reputed educational institutes in the country has lodged a complaint of sexual harassment against her academic supervisor, we have learnt from different sources. Professor Priti Kumar Roy, a faculty member since 2009 in the Centre for Mathematical Biology and Ecology, Department of Mathematics, in Jadavpur University, who has also been mentioned to be ‘harsh and fearsome’ to his research scholars, stands accused of overtly and repeatedly harassing his research assistant – one of the women students working in his lab. This is the second sexual harassment complaint lodged by a student against Prof. Roy during his present tenure. The case is currently under consideration by the Internal Complaints Committee of the university

Prof. Roy allegedly sent long out-of-context messages and made inappropriate calls after working hours to the student on a regular basis since August this year. He also allegedly made the student accompany him on trips outside campus and made advances during the same, touching her inappropriately or conversing on personal matters that the student was increasingly uncomfortable with. She politely pointed out the inappropriate nature of these advances and attempted to convey her lack of consent, but the hints were ignored by Prof. Roy, who allegedly pressurized her to leave her home and stay in a rented apartment close to the university and continued pestering the student even after her father’s intervention on a particular occasion.

Moreover, Prof. Roy allegedly proposed to the student more than once that she should share the same apartment with him, which involved sharing a single bedroom, while participating in outstation conferences, as he had ‘insufficient funding’ to book separate rooms. The student, who was receiving a paltry sum as scholarship, booked a room for herself with her own money the first time such an incident took place as they participated in a conference in Dehradun. The second time Prof. Roy kept trying to convince the student to share a single bedroom apartment with him as they were going to participate in a conference in Russia. Prof. Roy allegedly alternated between acting as an affectionate ‘father-figure,’ and humiliating her in the lab in front of other scholars in various ways in order to convey his displeasure. Finally, with the protracted harassment continuing unabated, the student submitted her resignation  from her position in Prof. Roy’s lab in late September, and lodged a complaint against him to the Vice Chancellor on 29th October.

It is vital to understand in this the power dynamic at work between a student and their supervisor cum lab boss, where these resource intensive research settings would place her technically as someone working on her supervisor’s research for a paper that would be co-authored – it is structurally very difficult for a young woman to set her boundaries in stone, or speak out when they are violated, when her whole academic career and even “reputation” seems to be at stake. The situation is made further hostile by the very low percentage of women in science research in India. And this structural bias is confirmed by the fact that even after the resignation letter in September, and the formal complaint submitted last month, no steps appear to have been taken by the administration. When contacted by GX, Professor Suparna Kar Chowdhury, Presiding Officer of the Internal Complaints Committee, declined to comment citing the need to respect privacy.

Academic institutions in India have been frequently known to be dealing with complaints of sexual harassment from students against faculties in the form of ‘settlements’. Since under the workplace harassment law, the settlement can take place only in the case of an active request from the aggrieved woman, the administration often pressurizes the student to reconcile with her abuser in exchange for a mere apology. It remains to be seen whether the current case proves to be any different. 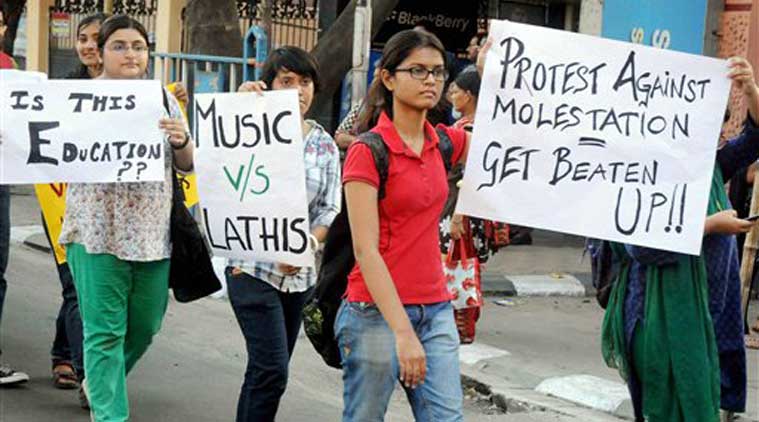 At a rally during the #Hokkokolorob movement

Also, condemnable incidents such as these place a spotlight on the different people involved – students, faculty, and administration – to see what actual steps they will take to address the conditions and support the individual involved. Jadavpur University has stood witness to a number of remarkable student movements that have built a strong resistance to the university authority’s anti-student policies. The recent and memorable #Hokkolorob protests were triggered by and brought forward a discussion of sexual harassment, though unfortunately some of the focus on harassment was lost from the subsequent turn of protests. The students have often prided themselves in taking leading positions in resistance movements on gender issues in the form of debates, discussions and demonstrations. And yet, such incidents are taking place on a regular basis in the university. Nor does there exist any considerable pressure on behalf of the students’ unions that can force the authorities to act in favour of the aggrieved students.

#Metoo in Academia has given many women students the courage to speak up, yet further mobilization and support for them is needed to take this forward, and pressurize the administration to implement transparent, prompt and effective measures through which the survivor can get justice, and further instances be discouraged.