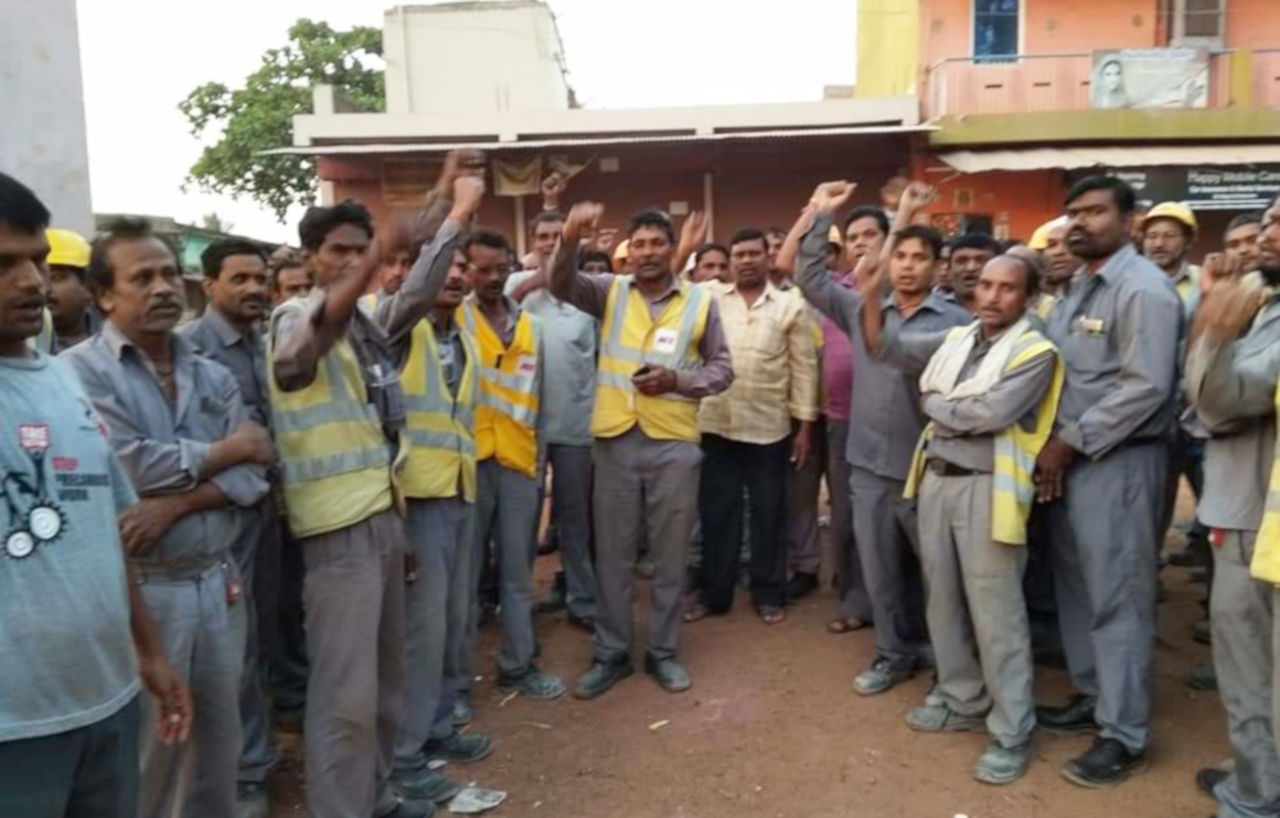 Workers in Bhilai condemn the arrest of worker-leader, human right activist and peoples lawyer Sudha Bharadwaj, calling it an attack on the working class and toiling masses. A report by Kaladas Daheriya, a cultural activist from Chattisgarh.

On 29 August, Sudha Bharadwaj was one of the five activists arrested under UAPA by the Pune police, who alleged that they have links with the banned CPI(Maoist). The arrests were made in connection with the Bhima Koregaon violence on December 31 last year. The Supreme Court, on a PIL filed by eminent historian Romila Thapar and a few other intellectuals, has only stayed their arrest and put them under house arrest till their bail petition was heard in the lower court. Strangely, the bail petition was heard and rejected precisely on the last date of expiry of their house arrest by the District and Sessions court, paving way for their arrest. The Pune court on 27 October (last Saturday) remanded rights activists Sudha Bharadwaj, Vernon Gonsalves and Arun Ferreira, accused of having Maoist links, in police custody till November 6.

The workers strongly rejected the police allegation of ‘Urban Naxal’ against Sudha. They said that Sudhaji led a life of simplicity and has always stood with democratic struggles. She is a selfless warrior of the oppressed. Her determination to fight for the rights and dignity of the workers and other oppressed classes has made her a thorn in the eyes of the industrialists and the Government.

The protesting workers dubbed her arrest as an attack on the working class and toiling masses. They said it is the Indian State’s onslaught on classes struggling for justice against oppression. Worker leaders pointed out to the silence of the Judiciary in the matter of top leaders of the ruling party openly instigating people to violate the Supreme Court’s verdict, while human rights activists do not get any protection from the highest court. The angry workers said that when the Court itself is not safe, the common man has no option but to ensure his own safety.

These workers see the arrest as throttling of democracy by a State attempting to impose a totalitarian rule. They fear that the days of ‘arrests’ and ‘encounters’ of dissenting voices are back. All the Unions and the workers demanded withdrawal of false cases and immediate release of Sudha Bhardwaj.

The report has been translated from Hindi by GroundXero team.