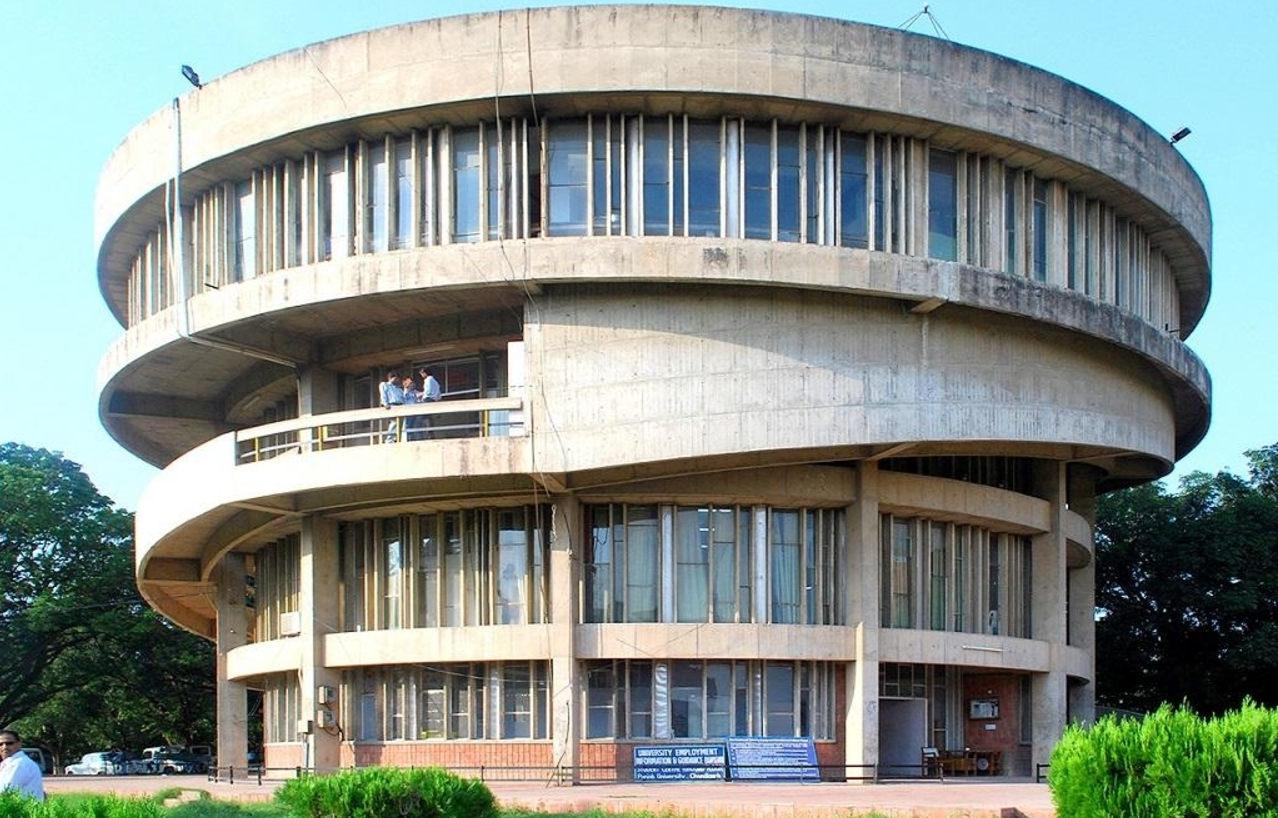 Immediately after electing the first ever woman President in the history of the University, women students of Punjab University forced the authorities to remove a notice imposing dress code. On the same day, Vinod Jakhar became the first ever dalit President in the history of Rajasthan University Students’ Union. Recent landmarks in Indian student politics such as these, signal the rise of not only new non-party-affiliated left in student politics but also the centrality of anti-caste and gender struggles in University campuses across the country. A Groundxero report.

The women students of Punjab University, led by the newly elected first woman president of the Punjab University Campus Students’ Council (PUCSC), Kanupriya, forced the authorities to take off a notice pasted in Girls’ Hostel No. 1, which mandated women to be “properly dressed” while coming to the mess area.

The matter was first reported on 8 September by The Tribune, Chandigarh. According to its report the girl students were angry and up in arms over a notice displayed at a girls’ hostel in Punjab University, asking girls to be properly dressed.
The notice reads, “This is to inform all residents of Mata Gujri Girls’ Hostel No. 1 that they should be properly dressed while going to the common room, dining hall or hostel office/functions, failing which it will be considered an offence and a fine may be imposed as decided by the warden.”

One of the freshers said, “This is quite degrading for women students. Can the hostel authorities explain what is meant by being properly dressed?” Another student said on condition of anonymity, “Will they now check the dress of every resident? I do not know when these rules were framed. It is regressive.”

Asst Prof Suman Mor, the warden of the girls hostel said, “We display this notice whenever the new session starts. The rules have been approved by the Senate and Syndicate of the PU. We put up notices on important matters only.” The Dean, Students Welfare (Women), Prof Neena Caplash, said, “In the mess area, workers are male. We have to see our culture too.”
After the above report appeared in the Tribune, Students for Society, a left students’ body took up the issue of ‘dress code’ imposed by the hostel authority. Kanupriya, who has just created history on Thursday by becoming the first elected woman president of Punjab University Campus Students’ Council (PUCSC), went to the hostel and gathered the residents. She discussed the issue with the students and there it was proposed that the notice should be torn down. 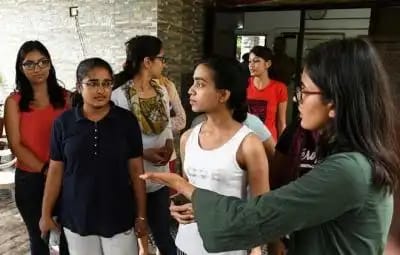 In the meantime, the warden, Asst Prof Suman Mor, reached the hostel. The warden argued that the notice was meant for freshers and in accordance with rule books. The students pointed out that while there are so many rules in the hostel handbook, why only this rule was being chosen for display on the notice board. They alleged it was a case of moral policing by the warden. A pharmacy student, also a resident of the hostel, said, “They should tell us what ‘properly dressed’ means. We are being questioned on coming late to the hostel too.”

The Students’ Council took the matter to the Dean, Students Welfare (Women), Prof Neena Caplash. She assured that no student would be fined over the notice, but she did not want the notice to be taken off.

But when the students pointed out that no such notice had been put up for teachers or hostel inmates anywhere else, the Dean then agreed to take it off. She further assured them that the concerned rule in the hostel handbook will be changed.

The Students’ Council President said residents of the hostel complained that if a girl came late, she would be questioned and told “roz roz yeh nahin chalega” (it will not be tolerated everyday). Kanupriya asked, “Why such a ‘sanskriti’ (culture) is being imposed on us and not in boys’ hostels?” 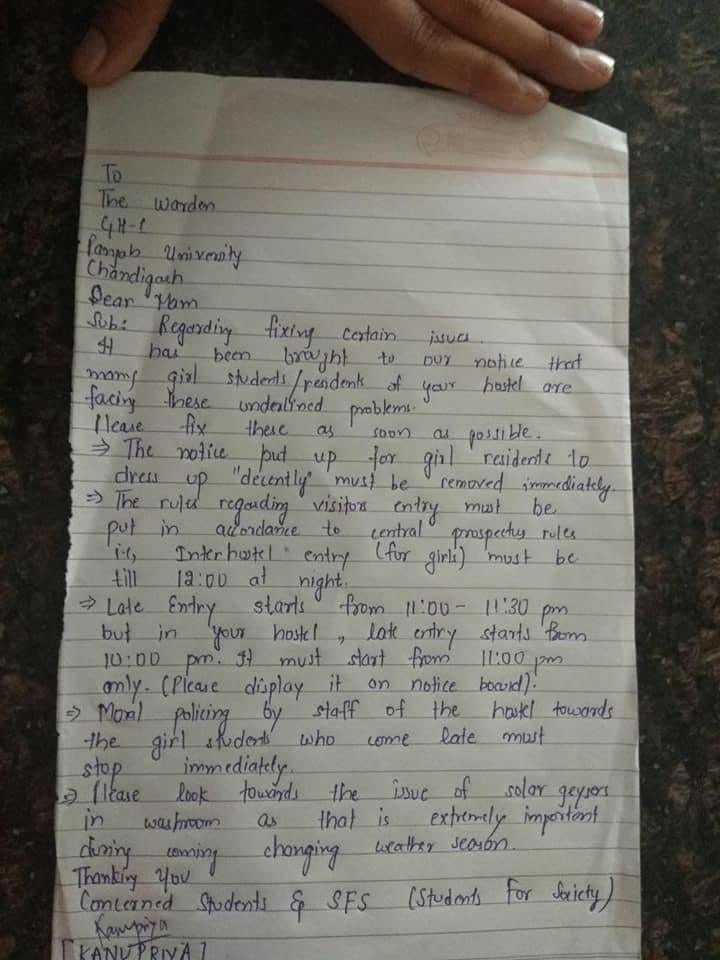 Many other issues were raised, concerning which a memorandum was submitted to the warden. Going beyond revocation of the objectionable notice, the students also won an assurance from the warden that no moral policing would henceforth take place in the hostel. The entries from 10 pm to 11 pm, which used to be considered late, will now be treated as the norm.

This victory, though apparently small, is significant for women students in PU which for decades has seen student politics dominated by the muscle and money power of mainstream political parties. Student politics at Punjab University has been dominated by fancy cars, designer clothes, extravagant parties, orange colour of PUSU and parrot green of SOPU. Of late, not only new colours, but even words like communalism, fee hike, caste discrimination, vehicle-free zone, feminism have started making it to the campus’ political vocabulary. The historic win of Kanupriya and then this victory against attempts to impose dress code, and on the same day, election of the first ever dalit President in the history of Rajasthan University Students’ Union, Vinod Jakhar – mark the rise of not only the new non party affiliated left in student politics but also along with it the centrality of anti-caste and gender struggles in University campuses across the country.