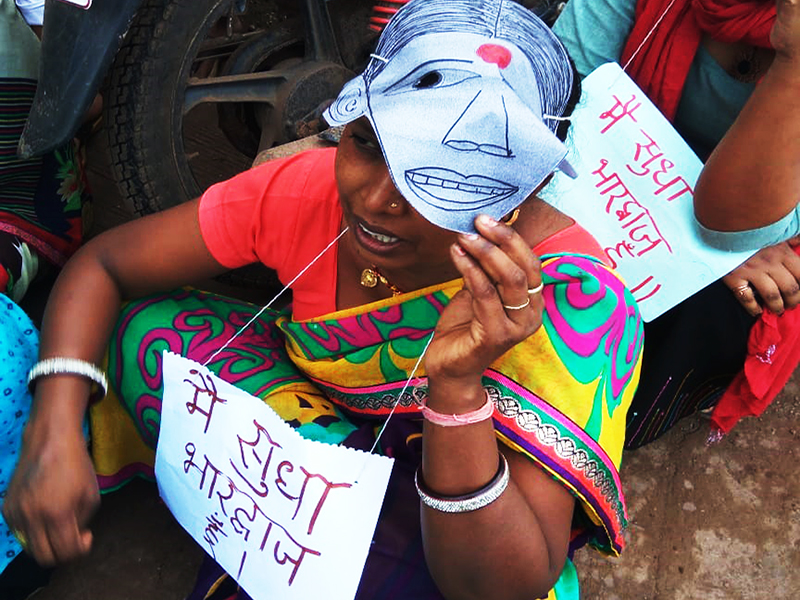 Through Wednesday Central and Maharashtra Governments, together with their Telangana and Jharkhand counterparts, conducted raids at the houses of prominent activists, lawyers, writers and journalists, and arrested five of them. Through Thursday protests erupted across different cities in India, more have happened since, and others have been announced for the days to come. This show of resistance gives hope – and it is the need of the hour to further broaden their scope! GroundXero shares this photo essay of the first day of protests, with shots taken in Kolkata by GX, and photos collected from friends in other cities. 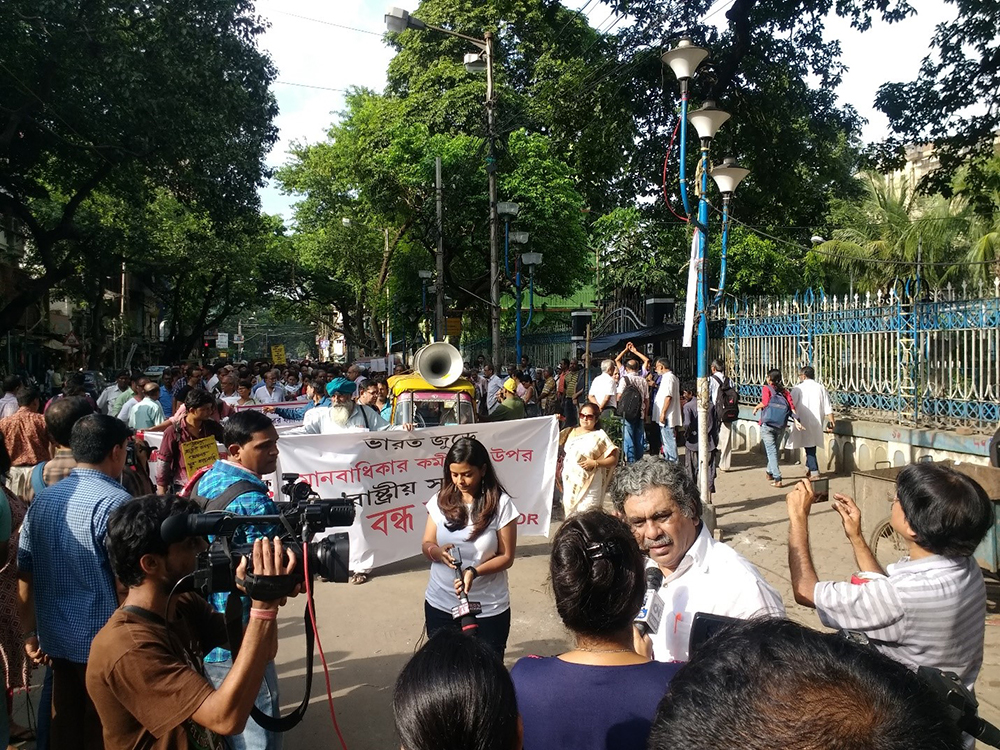 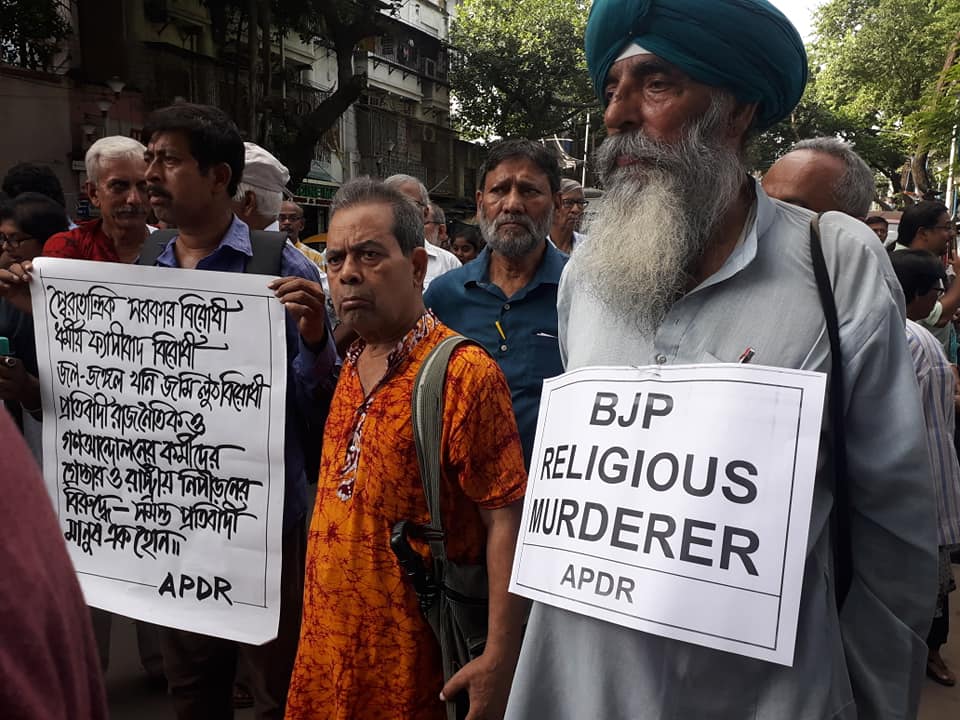 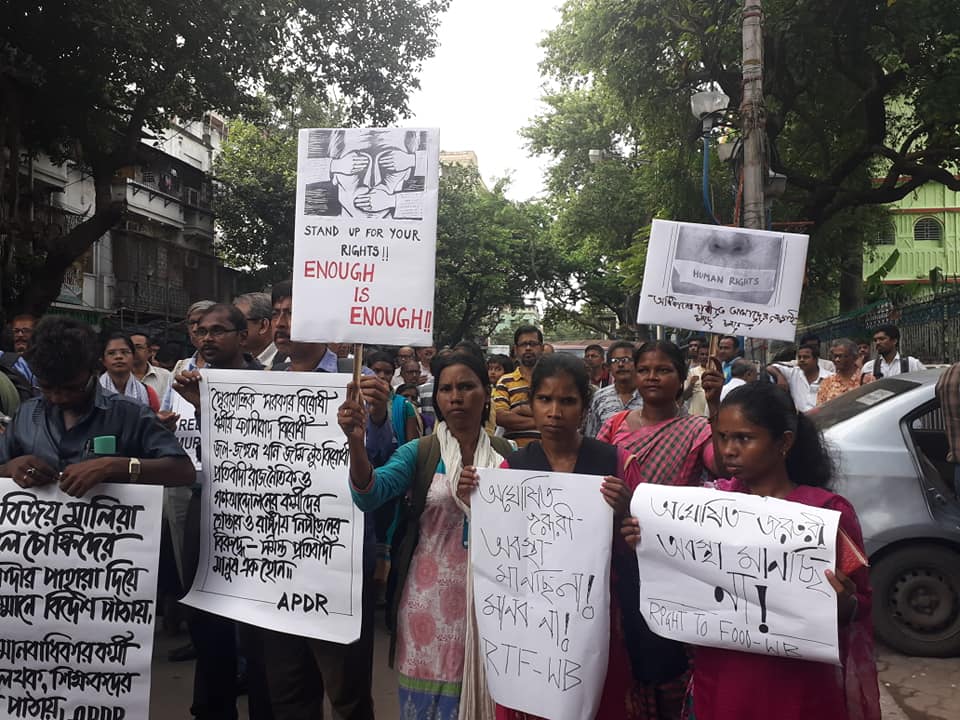 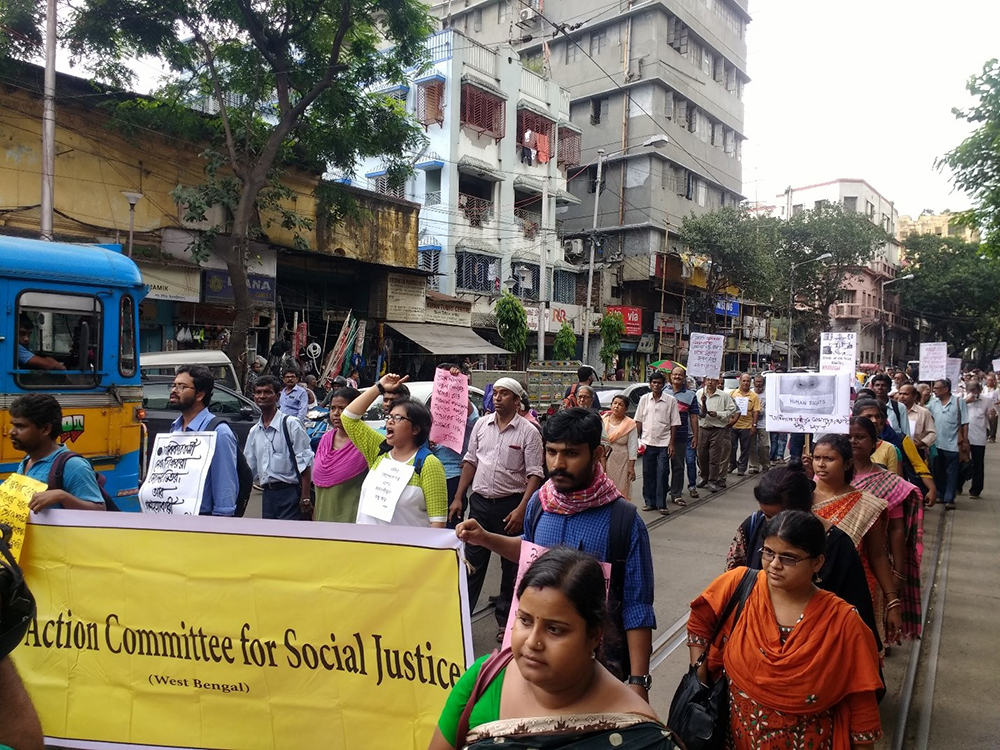 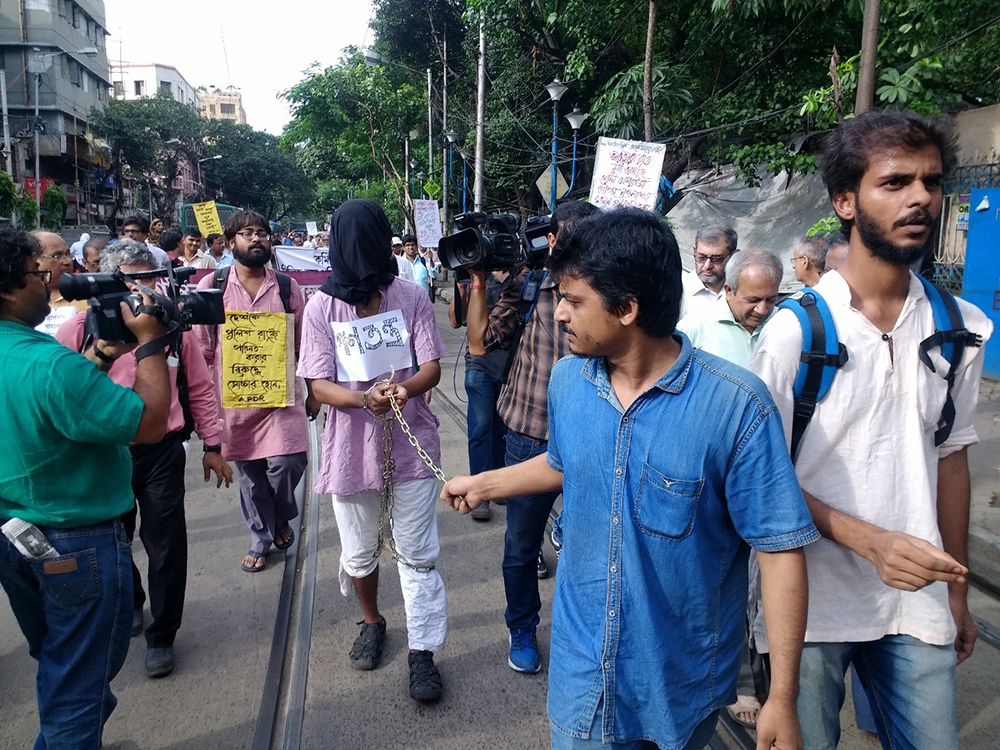 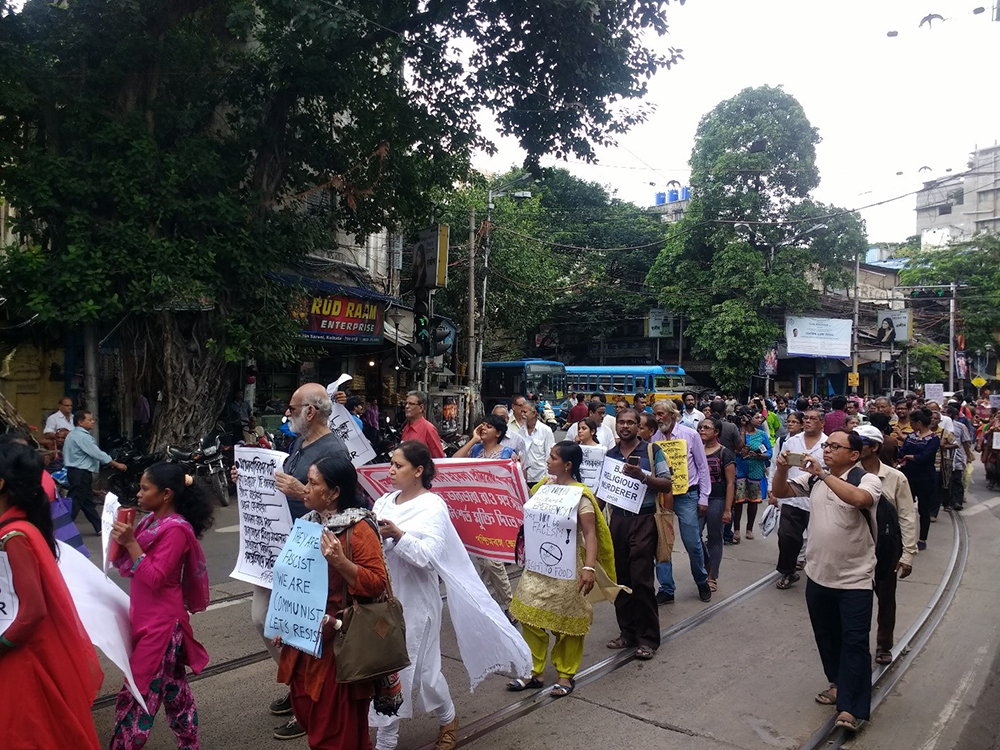 The APDR march took over arterial roads; here members of the Forum for Unorganised-sector Workers head out of the frame and are followed by other participants. 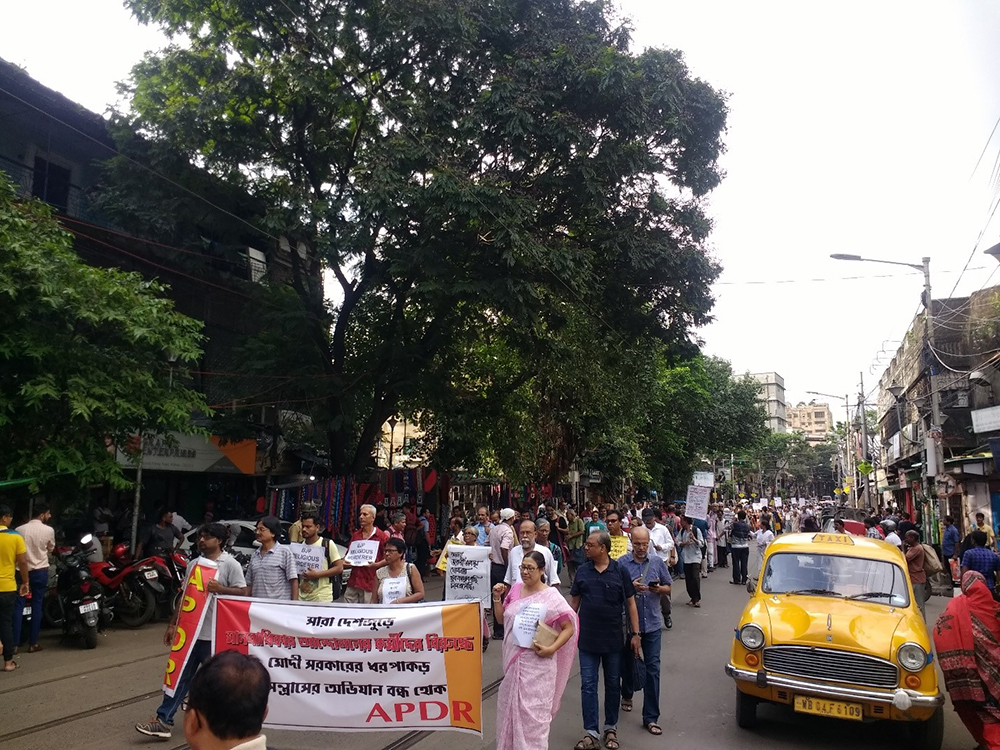 A section of the few hundred people who turned out to the protest called by the Association for Protection of Democratic Rights in Kolkata. 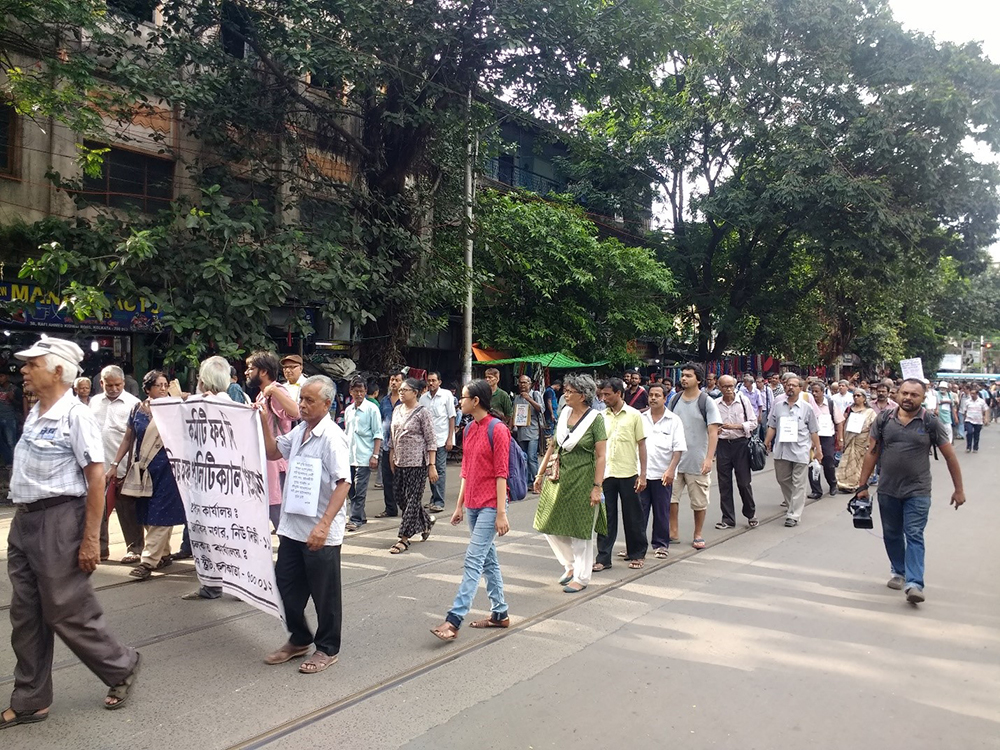 Committee for the Release of Political Prisoners 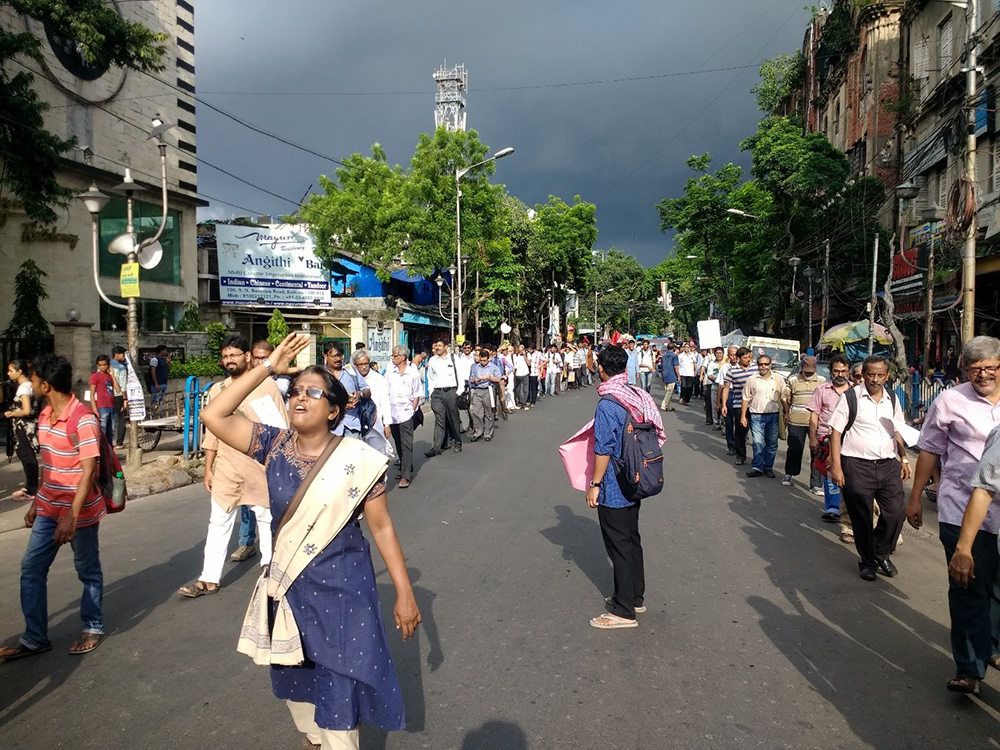 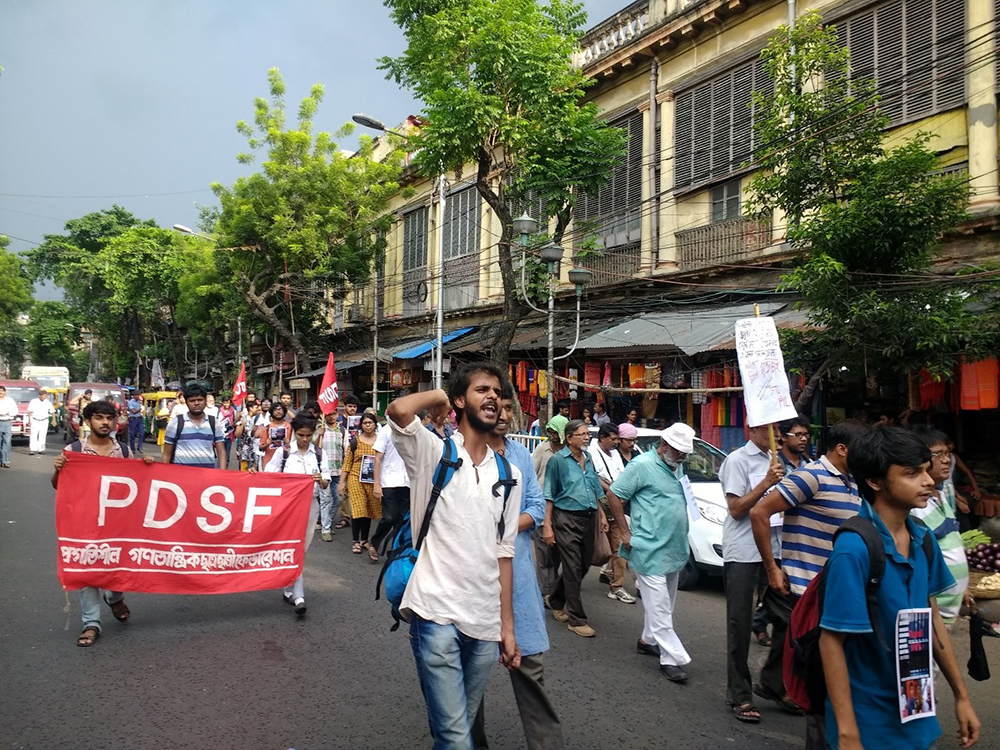 Members of Progressive Democratic Student Federation bring up the rear. 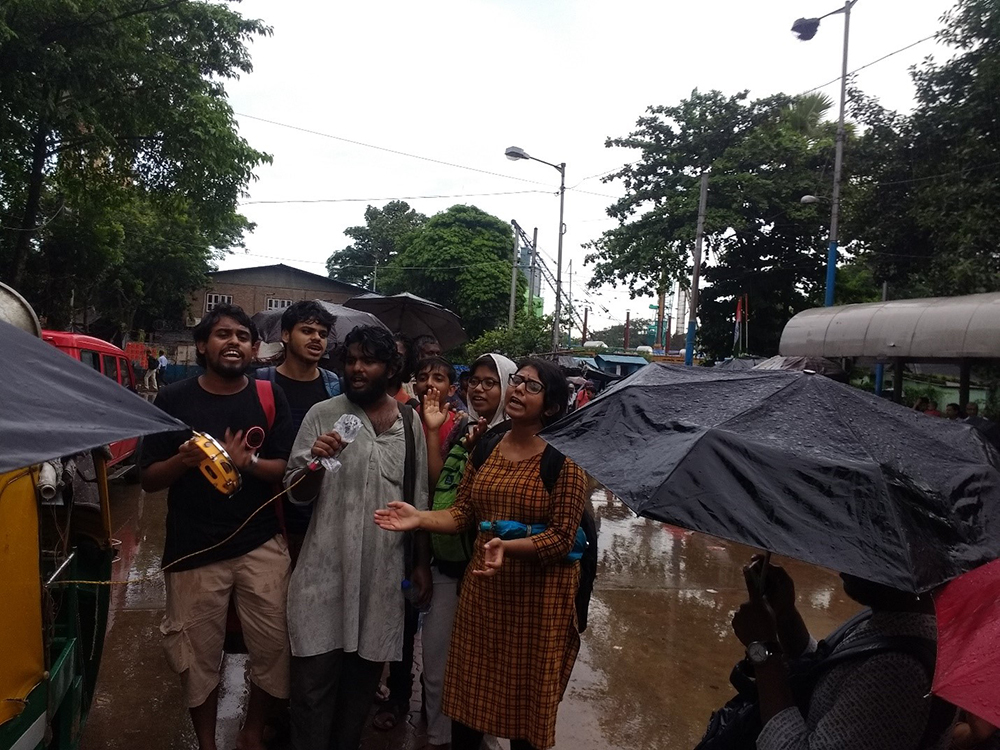 The rain starts once the rally turns towards Esplanade. Members of Bastar solidarity network perform as the protest approaches a close.

A joint Press Meet was organised by 35 organisations in Mumbai, condemning the illegal arrests and raids, and demanding the arrest of Hindu right wing leaders Sambhaji Bhide and Milind Ekbote – the main accused behind the post-Koregaon riots. The Mumbai press club saw an unprecedented turnout of journalists, civil society members, activists, and common people, with a large number of attendees standing outside since the meeting hall was jam-packed. 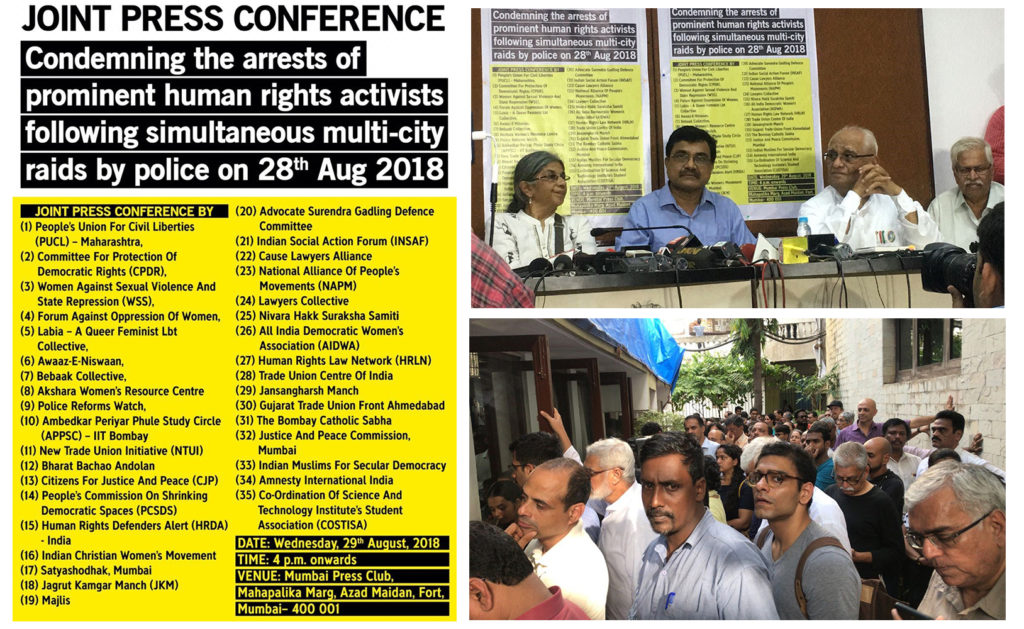 Cement Factory workers in Bhilai protested asking for the immediate release of Advocate Sudha Bharadwaj and others. These are some of the people whose only hope of justice in legal matters are lawyers like Adv. Bharadwaj. 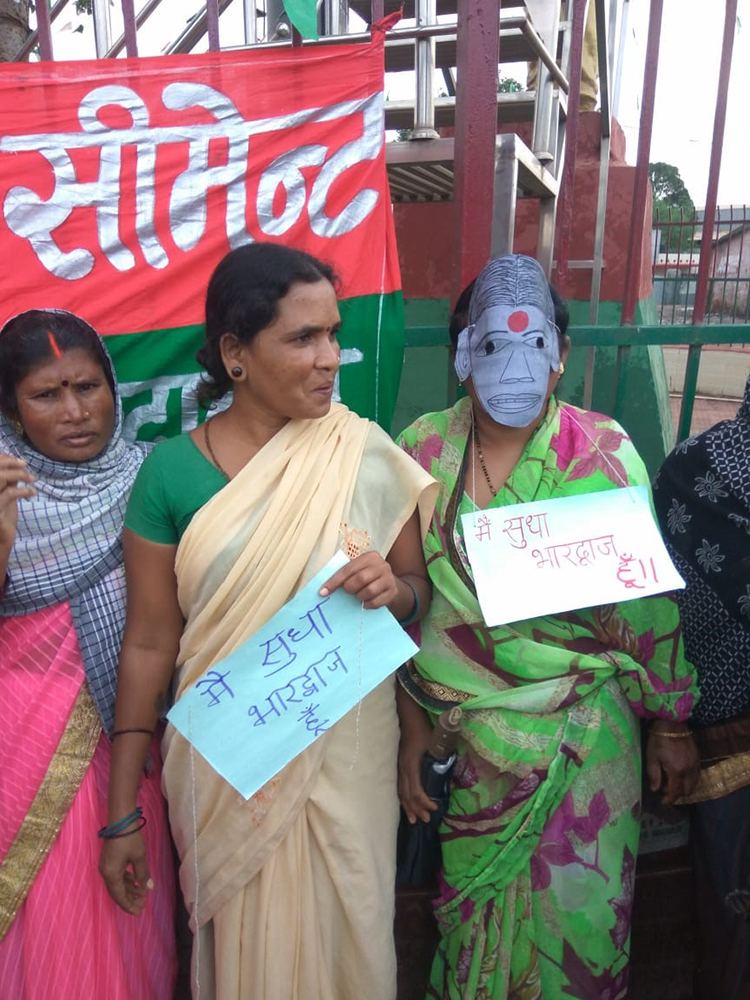 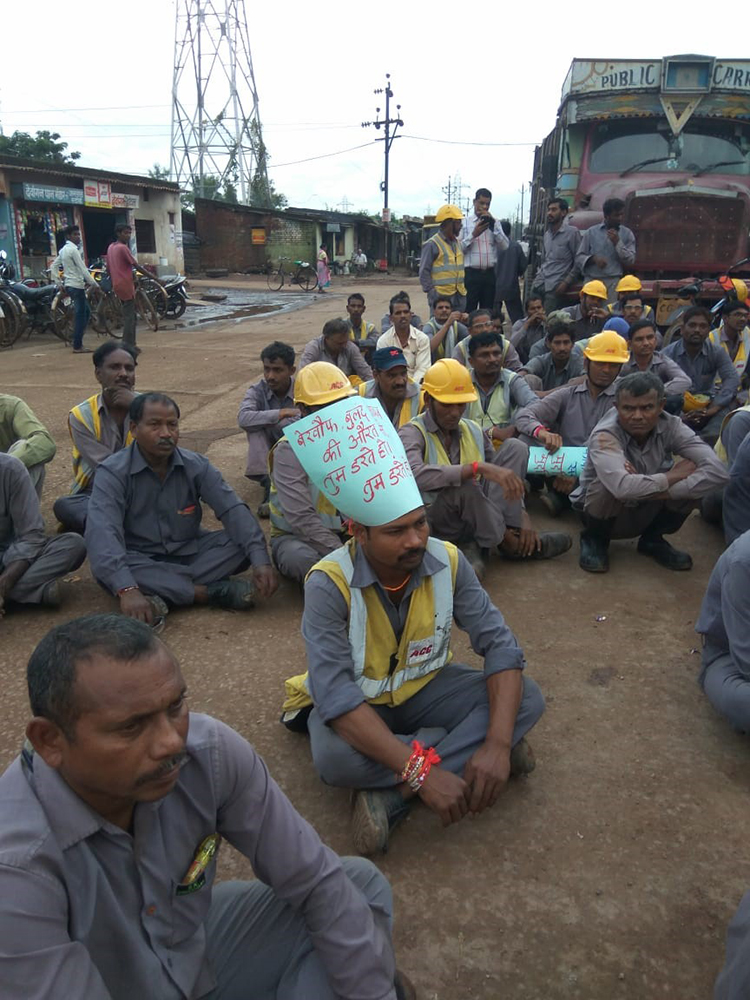 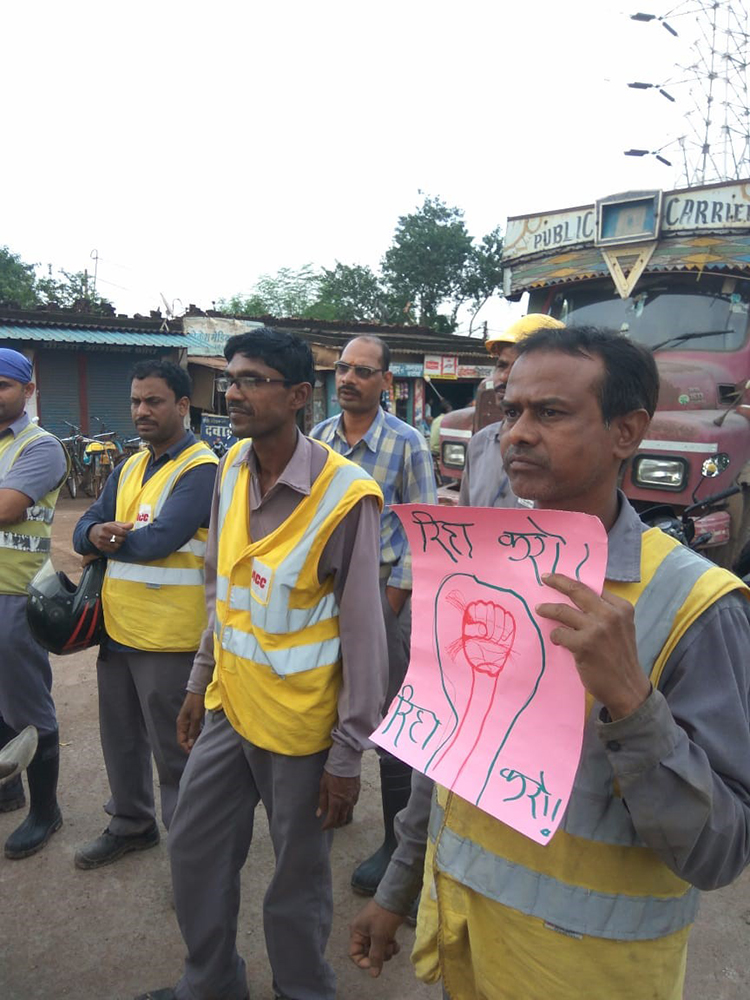 Protests were organised in Allahabad… 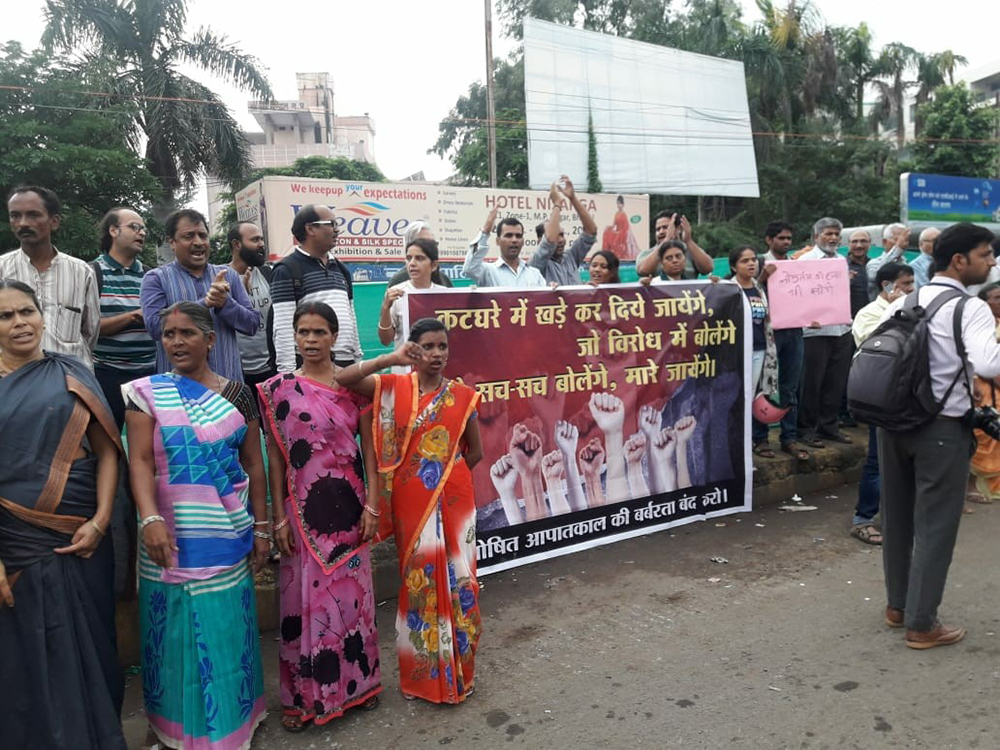 “Whoever raises voice in protest, will be silenced and penalized!” 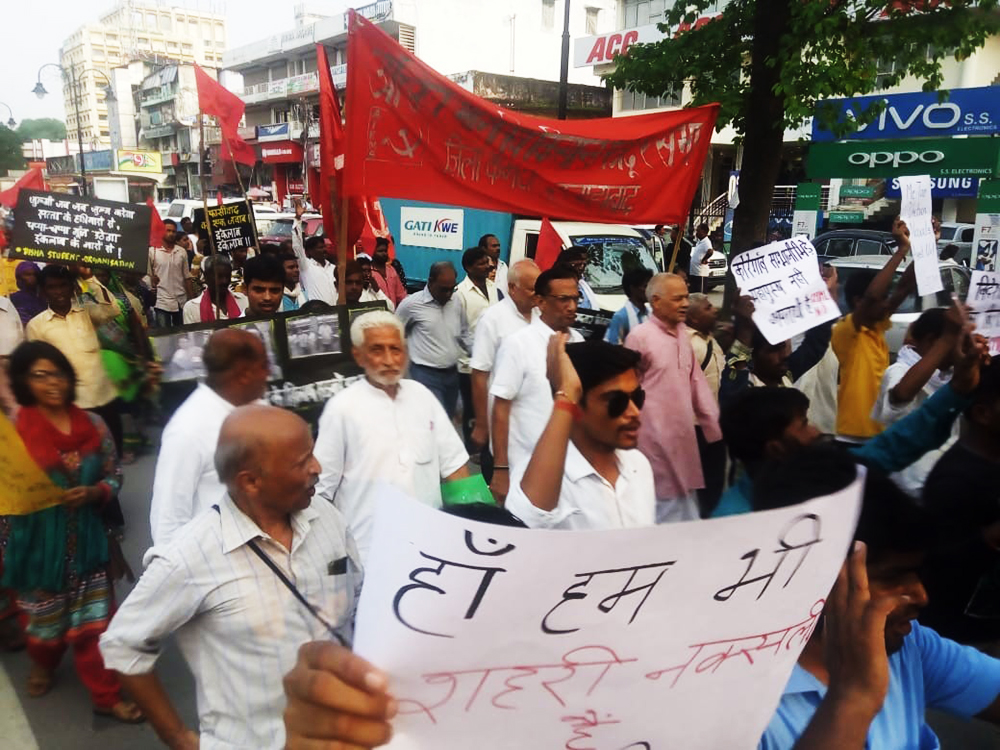 “We too are Sudha Bhardwaj” 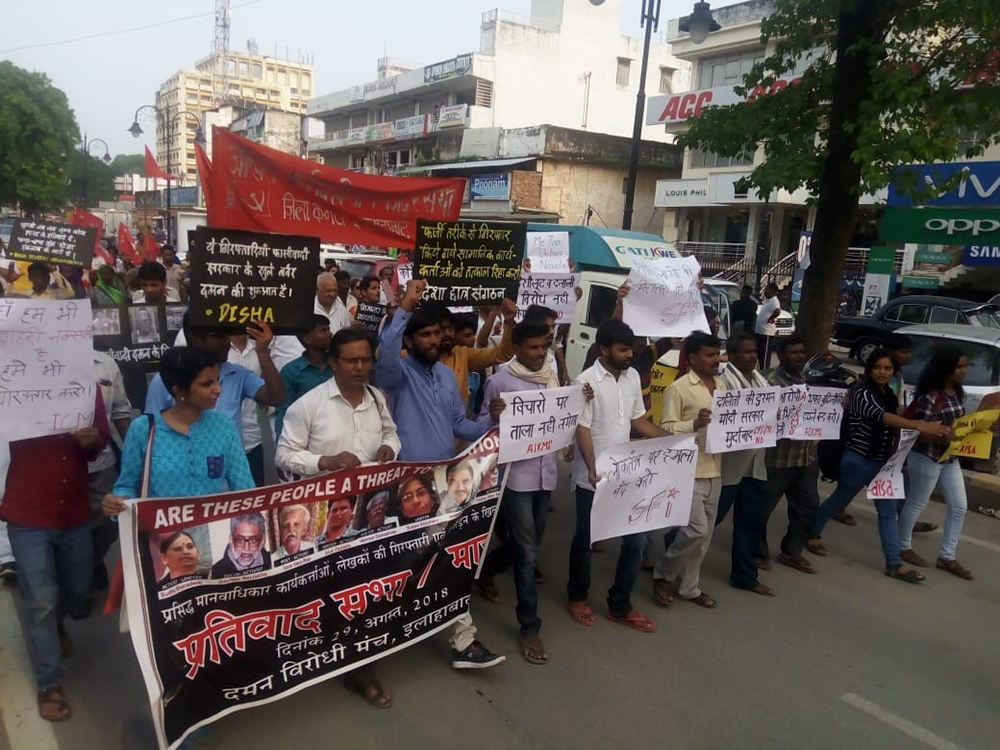 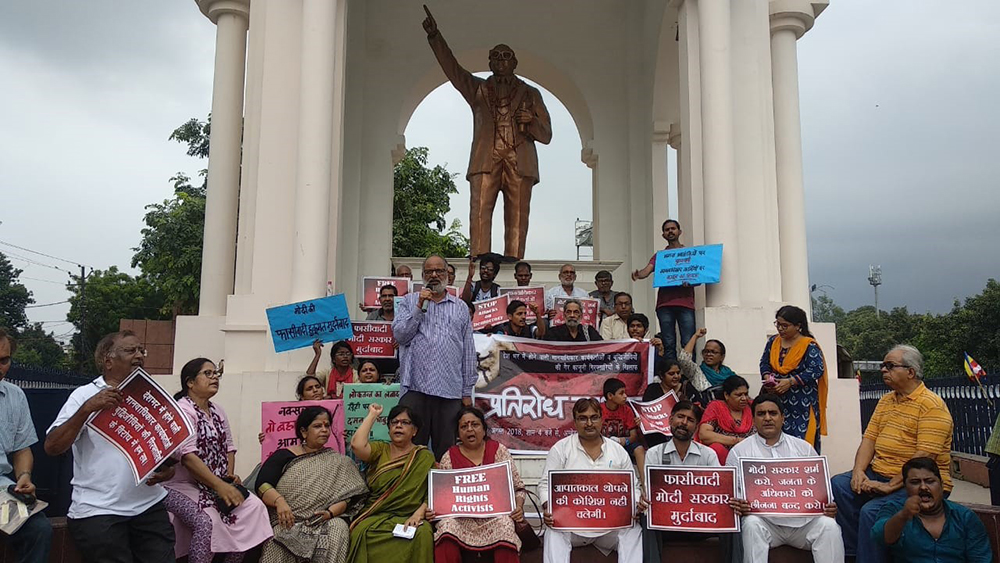 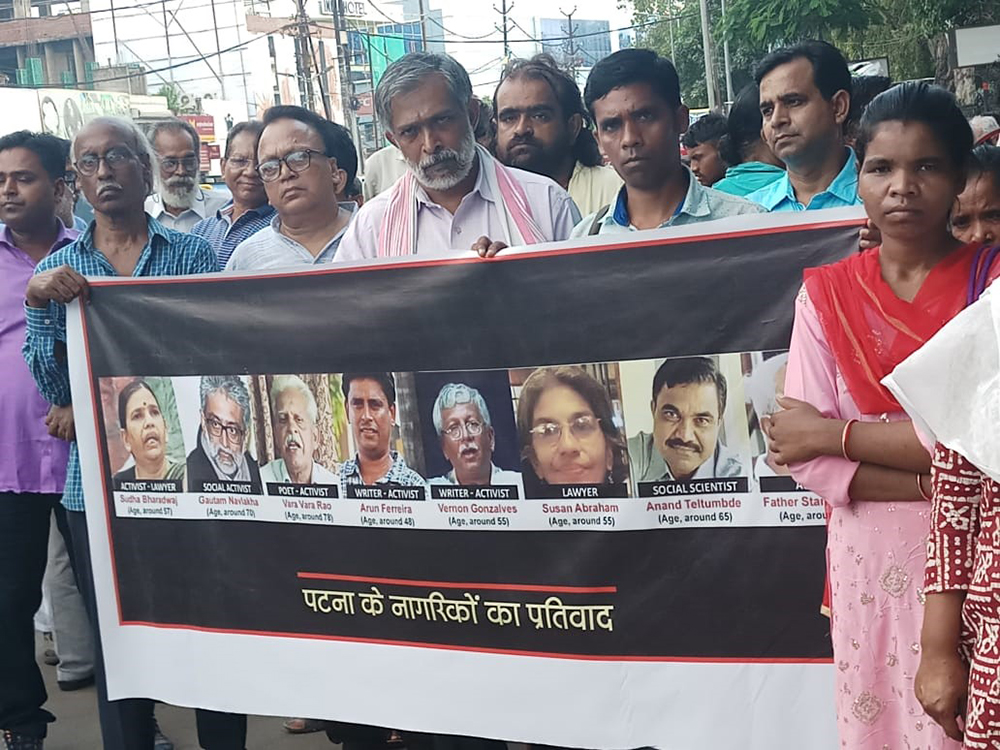 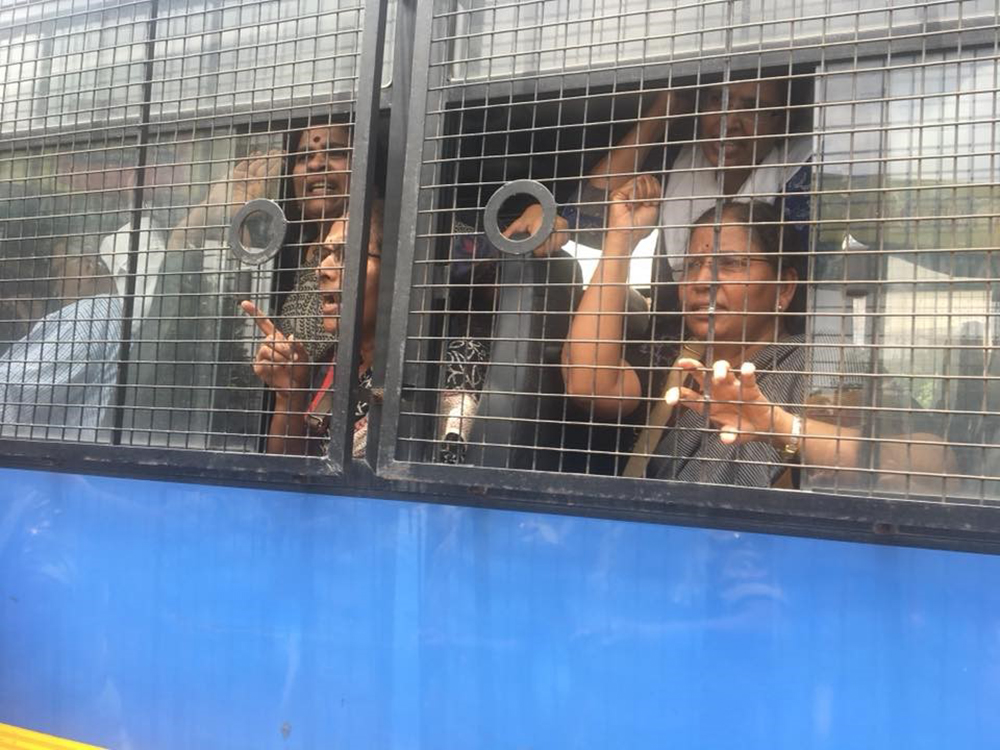 Protesters in Hyderabad were picked up and detained by the police 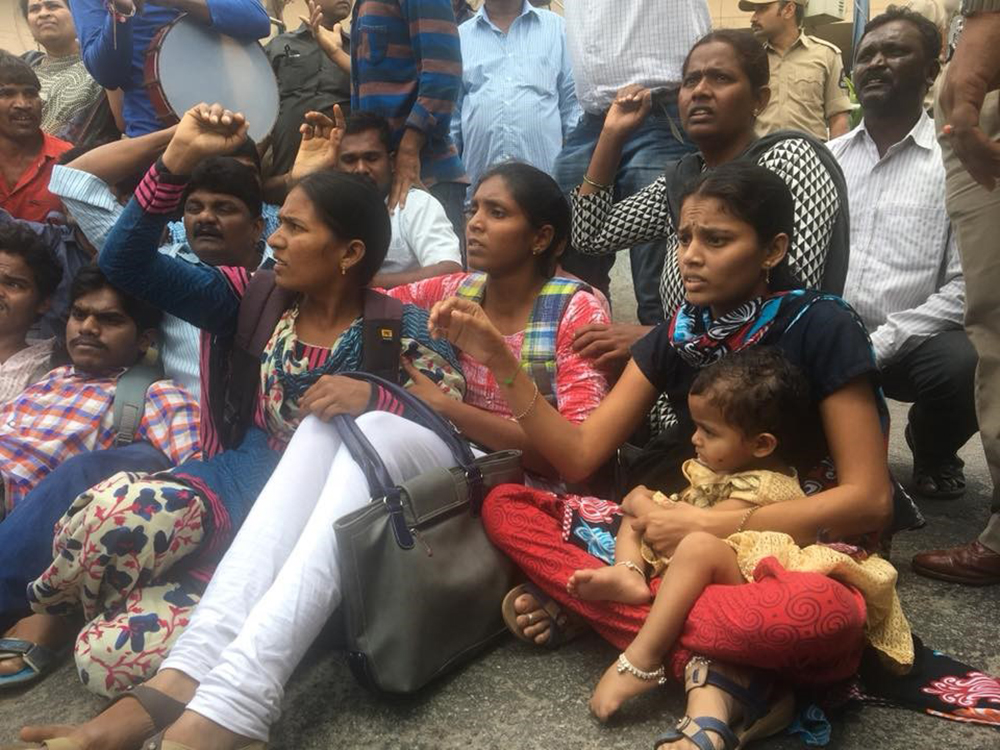 But the protest continued…