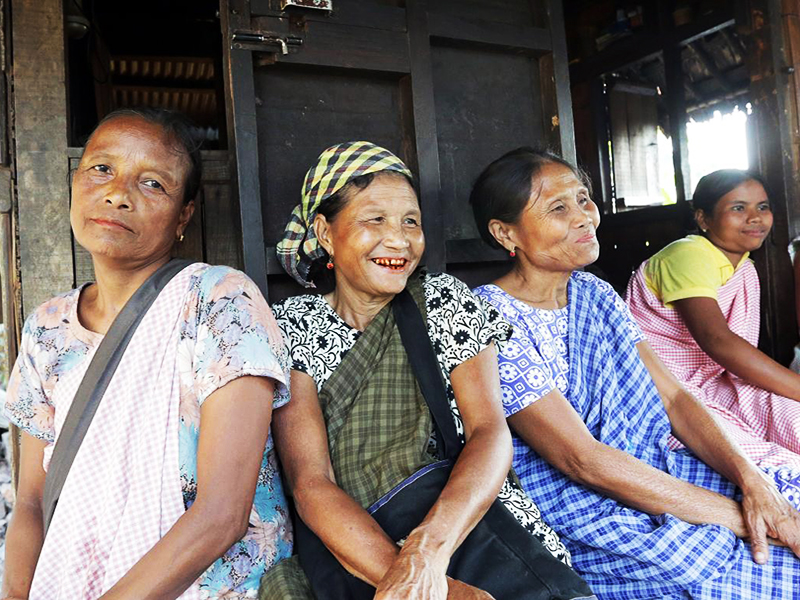 Women’s organizations in the state of Meghalaya have expressed their strong opposition to a bill passed by Khasi Hills Autonomous District Council (KHADC) that proposes to deprive Khasi women of their tribal status and all accompanying privileges if they marry outside their tribe. A report by groundXero.

The KHADC amended Section 3 of the Khasi Hills Autonomous District  (Khasi Social Custom of Lineage) Bill, 1997. After the existing Section 3 (c), a new sub-section 3 (d) shall be inserted, which states, “Any Khasi woman who marries a non-Khasi as well as her offspring(s) born out of such marriage(s) shall be deemed as non-Khasi who shall lose the Khasi status and all the privileges and benefits as a member of the Khasi tribe who cannot claim preferential privileges under any law.”

As per the Sixth Schedule of the constitution, autonomous regional and district councils in northeast India have been historically vested the powers to make laws on a variety of subjects, ranging from the use of land and management of forests and water to inheritance, marriage and social customs.

According to HS Shylla, chief executive member of KHADC, “It is a very simple Bill to put a stop to mixed marriages as they are a threat to our tribe. It will not be retrospective and won’t affect mixed marriages that took place earlier.” 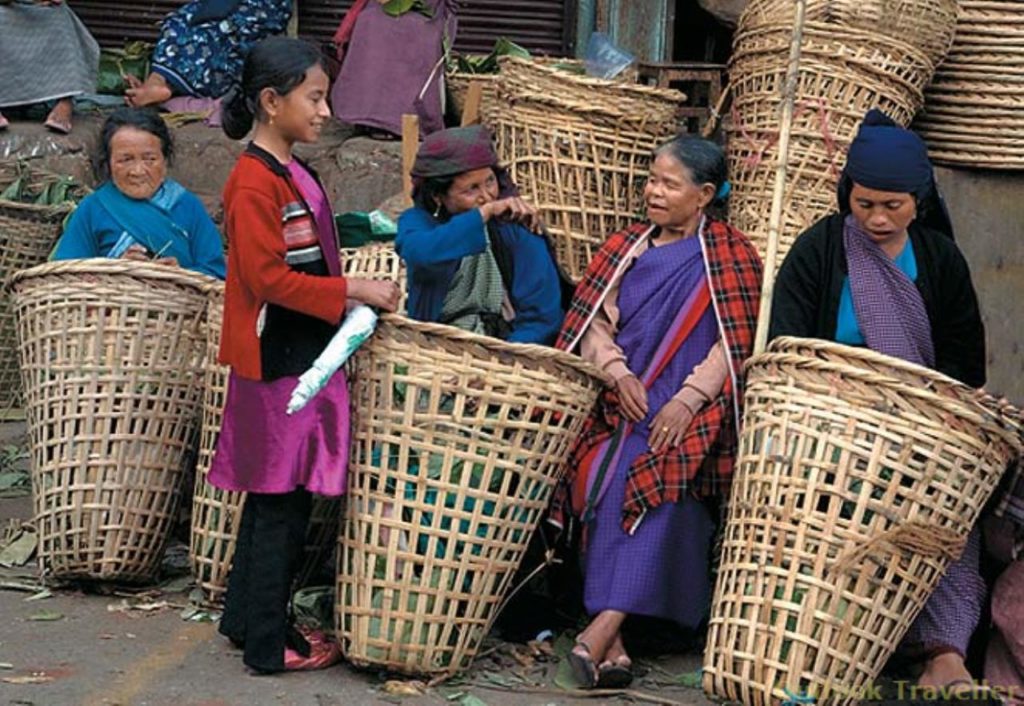 Shylla feels that there is a “silent invasion” [of “outsiders”] because of mixed marriages and inadequate laws to protect the indigenous people in the wake of the apparently long ongoing illegal immigration crisis that poses an imminent threat to the community. Shylla, however, maintains that he is not against love marriages/relationships since that’s “a personal choice”.

Shylla said, in the future, a similar Bill could be introduced for Khasi men marrying outside the tribe. But he also commented, that  it is urgent to expedite the one dealing with women, as Khasi men marrying non-Khasis is “very negligible” while it was not the case with women.

“We will meet the chief minister early next month and ask him to expedite the process of giving the Bill a nod from the Governor’s office,” he said.

Women’s organizations in the state have expressed their strong opposition to the bill passed by Khasi Hills Autonomous District Council (KHADC), which makes their tribal status and all the accompanying privileges dependent upon who they marry.

Several prominent women residents of the state have termed the Bill “unconstitutional’ and an example of how “patriarchal” and “misogynist” the Khasi society is beneath its veneer of matriliny. “I feel the Bill is highly unconstitutional, patriarchal, bigoted, partial and partisan. It shows KHADC is no different from the ‘khap panchayats’ in other parts of the country. I am sure it will never get approved by the governor,” said Patricia Mukhim, editor of The Shillong Times. Slamming the legislation as “insensitive”, Meghalaya state women’s commission chairperson, Theilin Phanbuh, said on Friday, that KHADC should have arranged for a public debate on the issue before tabling the bill. “The bill portrays a gender bias as it talks only about women and chooses to remain silent about men who choose to marry a non-tribal woman.” she said. “It is our men who had allowed outsiders to encroach upon our land and settle down here and now, they are talking about protecting their women by preventing them from marrying non-tribals,” said activist Jaynie N Sangma. Another activist, Agnes Kharshiing, president of the Civil Society Women’s Organization (CSWO), also joined the voices of opposition against the bill. 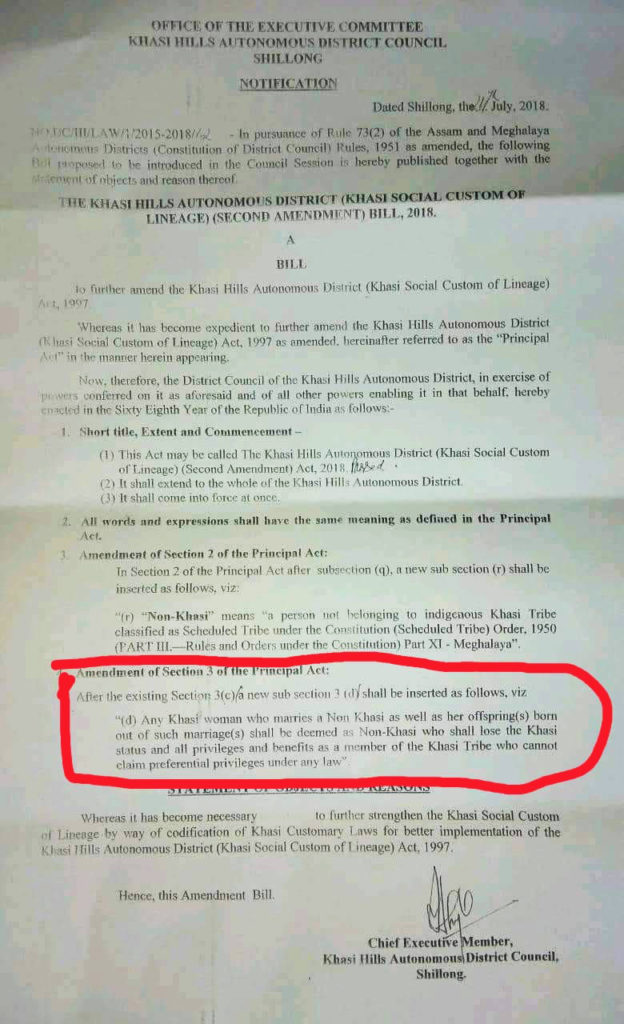 “These so-called tribal protectors destroyed our forests and land through corrupt means. It is unfortunate that they are now trying to target women”, she said. She pointed out that women have the fundamental right to marry the person of their choice and this particular legislation is aimed at “ostracizing” women.

Meanwhile, several women organizations and women activists have submitted a signed letter to the state Governor pointing out that ‘the proposed amendment clearly seeks to excommunicate and ostracize a Khasi woman who marries a non-Khasi and her children, in contravention to our customary practices, Human Rights law and our Constitution….’ The letter requested the Governor to withhold his assent to this problematic amendment bill. The women organizations and activists are contemplating moving court against the bill if it gets the Governors nod.

Legal experts say that the Bill may not stand if challenged in a court. In this regard, they pointed to a recent Supreme Court judgment that said choosing a life partner is a fundamental right of a person and as such, consent of a family or community is not necessary for marriage between two consenting adults.