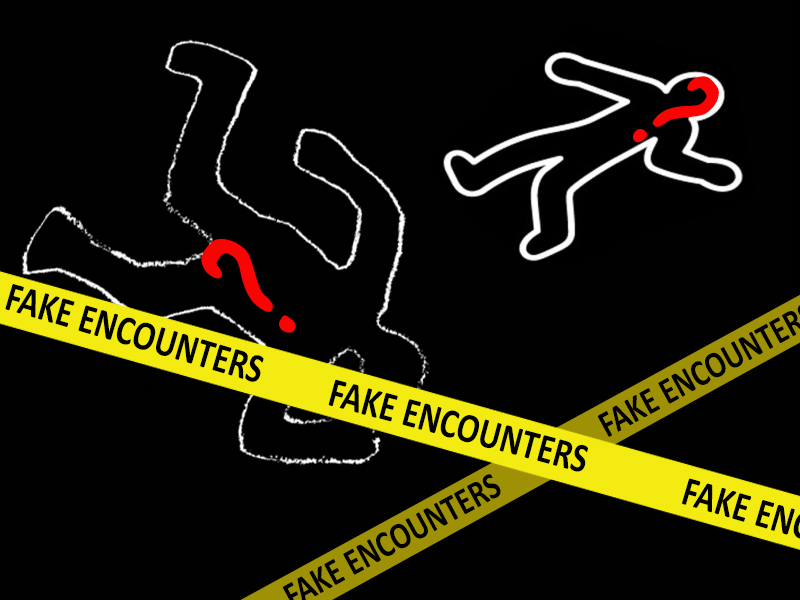 Encounter Raj continues in Yogi’s UP: 2 killed in Ramnagar-Barabanki

More than 1000 ‘encounters’ have taken place in the last ten months in UP, under Yogi Adityanath’s governance. While the UP government cites this to claim improved law and order conditions in the state, UP’s civil society has heavily criticized the government’s bypassing of judiciary in dealing with ‘law and order’. Many claim that the encounters are staged. This is however all but new. As per an RTI query filed with the NHRC by Firstpost, an astounding number of 1,782 cases of fake encounters were registered in India between 2000 and 2017 – Uttar Pradesh topping the list with almost 45% of all the cases to it’s credit. The NHRC data further shows that most of the people killed and injured during these encounters are Dalits and Muslims. In the name of law and order, ruling parties in this country, armed with draconian laws like NSA, TADA, POTA, UAPA, etc., seem to have ensured suspension of law and denial of the citizens’ right to fair trial. Uttar Pradesh seems to have become the new crowning jewel of this ‘Encounter Raj’.

The latest in this now habitual practice of ‘encounters’ by the UP administration is the Ramnagar Barabanki police encounter on 7th July in which two alleged criminals were killed. According to police account, on 7th July, acting on a tipoff, the police surrounded 6 criminals in the Bahlolpur Puliya (Silouta) area under the Ramnagar PS. On being confronted, the alleged miscreants opened fire on the police. The police then responded with firing of their own, killing 2 of them while the rest managed to escape. 3 policemen were reported to have been wounded, including the Tikoutnagar SO. According to the police, the group had assembled there to commit armed robbery.

The victims were identified as Imran aka Ibrahim and Mushir. They were ‘wanted criminals’ who were implicated in 13 cases in all, and had a bounty of Rs. 50,000 placed on each of them. 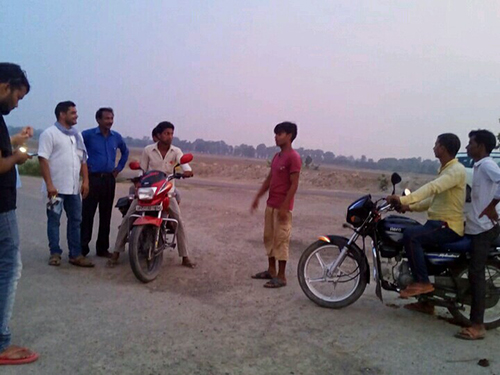 Several questions have been raised that challenge the legitimacy of this police account. First, no vehicle was seized or found in the vicinity of the encounter site. The site itself is 9 km away from the Ramnagar main road, rendering it quite inaccessible without a vehicle. In such situations, how did the accused, said to have come from Unnao, reach the mentioned site? How did 4 of their accomplices manage to flee from the police without a vehicle?

Second, one of the victims was found to be shot in the head, presumably from a close range. A bullet impact has been found on the road of the encounter site. This raises the possibility that the victims might have been captured and forced to lie on the ground before being shot in cold blood.

Third, the narrative of 4 of the ‘criminals’ fleeing the police is doubtful, because of several reasons. The police officers who confronted the group were said to be heavily armed, with plenty of live ammunition remaining with them, in addition to carrying flashlights and light from 5 police vehicles assisting them, and the fact that the ‘miscreants’ did not have access to a vehicle while fleeing – all of these raise serious doubts about the police version of what happened.

In this context, it is interesting to note that the 13 cases that have been lodged against the deceased, were lodged in 2018 itself. The fact that the criminal history of criminals worth Rs. 50000 each dates back to only 2018 is grounds for suspicion. Curiously and conveniently, the victims also had their Aadhar cards on them. Was the criminal history of the accused built up to validate their killing in a police encounter? This is yet another question that has been doing the rounds.

One of the civil society groups tracking such encounters in UP is the Rihai Manch. A team of their representatives met with local residents and passersby in the area of the encounter. They revealed that the area was quite peaceful and inhabited mostly by farmers and their families. The fact that such an area was chosen to stage a robbery is quite remarkable, as people who lived in the vicinity were mostly impoverished.

According to Rihai Manch, the spate of fake encounters in UP after Yogi’s coming to power suggests a shadow of ‘the Gujarat model’. While on the one hand we have cases of Ishrat Jahan, Sadiq Jamal and Sohrabuddin, on the other we have recent cases such as that of Raees, a man from the Pedra village, who had contested the Zila Parishad elections, picked up by the police and later shot in the leg to prove that he was caught in an encounter.

The complicity of senior police officials in such cases has also come under the scanner. While several posts on social media and elsewhere speculate upcoming encounters of people possibly already in police custody (such as the 4 alleged fugitives in the Ramnagar Barabanki encounter), there have been no reactions or attempts to answer these rather critical questions by the administration. Both the government and the police officials have been busy congratulating each other, citing such encounters as tangible proof of the rapidly improving law and order situation in Yogi’s UP. The police officers involved in such encounters are also given out-of-turn promotions readily. The police officer in charge of the present Ramnagar Barabanki encounter — Dharmendra Raghuvanshi — has a history of securing out-of-turn promotions from conducting encounters.

According to Rihai Manch, it is also suspicious that the victims of such encounters are, time and again, Dalits, Muslims or other marginalized communities. They have appealed to the Supreme Court and the NHRC to order impartial investigation into all such police encounters that have taken place in Barabanki between 2017 and 2018.

Translation from Hindi to English: Groundxero