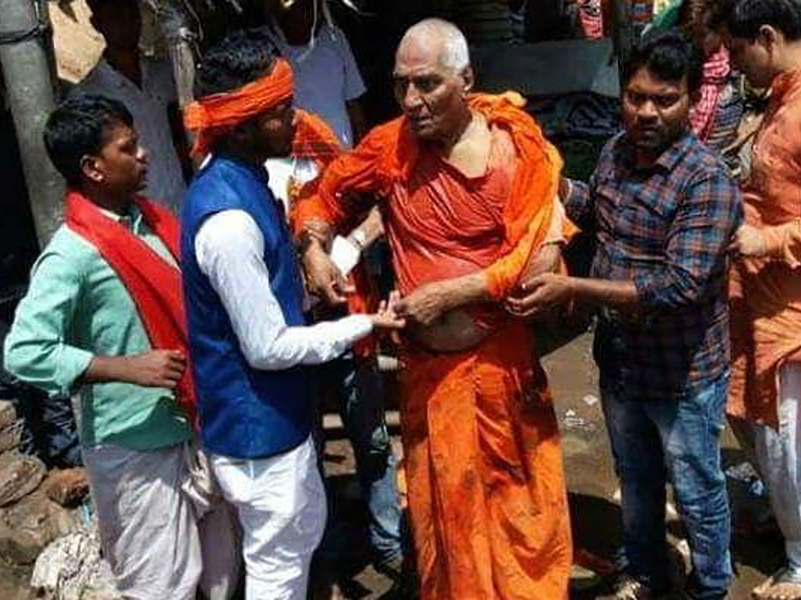 Workers in Bhilai protest the recent attacks on social and political activists, including the ones on Swami Agnivesh and Sudha Bhardwaj, alleging that these attacks are part of an organized conspiracy to silence any voice of dissent.

Groundxero: On 18th July, workers in the industrial area of Jamul in Bhilai (Chattisgarh) gathered in front of the factory gates and demonstrated against the attack on the social activist Swami Agnivesh which was carried out by RSS-BJP goons in Jharkhand yesterday. The workers raised slogans and demanded the immediate arrest of persons who led and carried out the attack on Swami Agnivesh. Slogans were raised against the BJP government, in which the latter was termed “fascist” and “Stooge of the Capitalist Class.” The demonstration also denounced the government’s consistent attacks on voices of dissent. 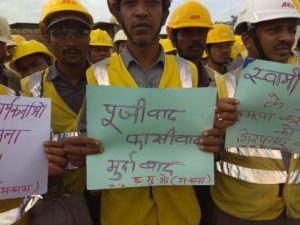 Incidentally, the area has witnessed widespread anger and agitation among workers in recent times, following the conspiracy by the government and a section of the media to malign and arrest lawyer Sudha Bhardwaj for having alleged links with the Maoists. In truth, Sudha Bhardwaj happens to be a respected, revered and popular trade union leader, a human rights crusader and a lawyer who is known in this industrial belt for relentlessly fighting for workers and other toiling masses.

The workers alleged that recent attacks on social and political activists, including the ones on Swami Agnivesh and Sudha Bhardwaj, are part of an organized conspiracy to silence any voice of dissent. They also claimed these attacks need to be seen as efforts by capitalists to bulldoze any critique that might emerge from civil society and from working people. They said, today there is a real danger of a complete takeover of democratic spaces by fascist forces, and hence, the working class has no alternative but to organise and raise its united voice against them.