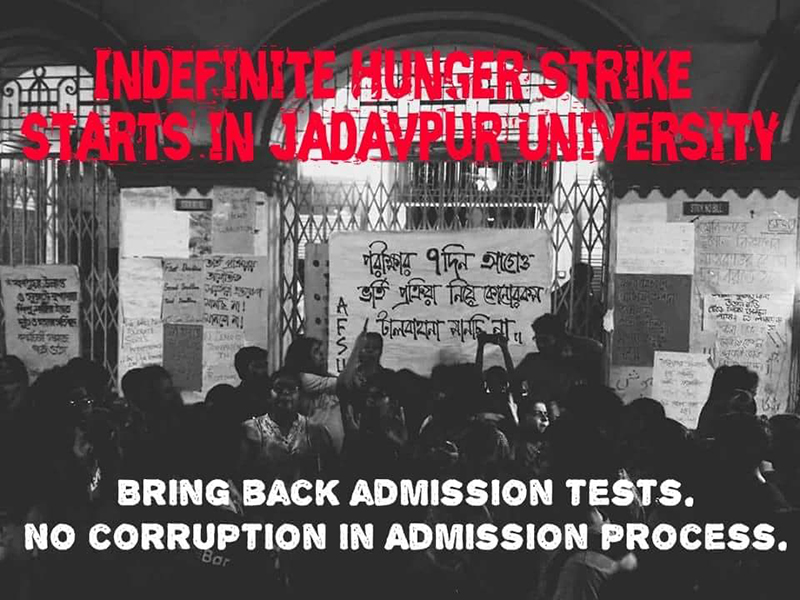 Students of Jadavpur University rise in protest in the face of administrative pressure, expressing their concern about devaluation of education system in campus. Writes Nabottoma.

The state government has launched a two pronged attack on Jadavpur University. After attempting to dissolve the students’ union, it has now instructed the administration to do away with admission tests. Within a span of 9 days, the Executive Council changed its decision four times in a row, paying no heed to the voices of the stakeholders who repeatedly talked about the importance of a properly conducted entrance exam. Faced with sit-in demonstrations by the students, they momentarily relented but then quickly returned to their earlier statement. Students who have assembled from different districts, states and even far-off countries like Vietnam are dismayed as their future seems to be in jeopardy. The future of over 17,000 applicants is being toyed with as the ruling political party in West Bengal – Trinamool Congress – gets more and more desperate to make a political score.

Despite years of effort, their student wing, TMCP has failed to garner the support of students at Jadavpur. This is primarily because of the fact that in most colleges they rule by brute force. Opposition forces are not allowed to file nominations or hold political programs. Reports of bribe-taking and malpractices by these student unions are rife in most universities and colleges that claim to take in students on the basis of “merit” alone. 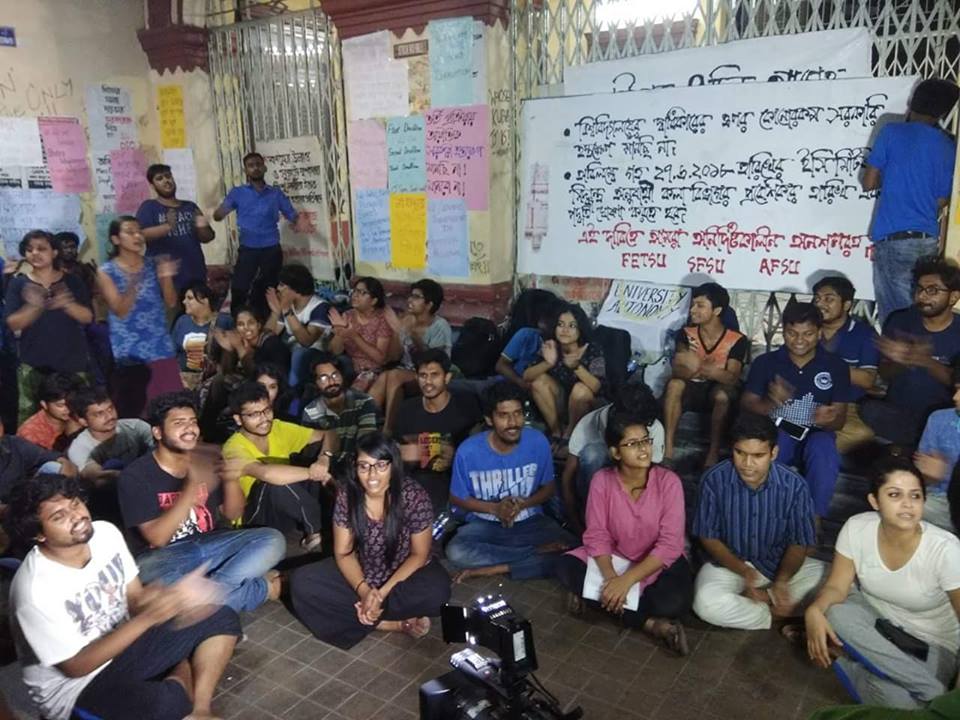 Jadavpur University has maintained a sharp contrast to this otherwise dreary picture in the state. So far there has been no case of the use of violence during elections, and democratic voices do not fear persecution on its premises. During admission, no leeway has been given to bribe-taking, as the entrance tests conducted by the competent faculty members remains the only way to get in. This has drawn the ire of the ruling party. As a result, they are reinforcing measures that would wipe out any kind of dissent from within the campus and limit students to classrooms so that they don’t get to raise questions.

This university holds one the few entrance tests that does not evaluate students on the basis of rote learning.  Rather, the focus has always been on creativity, critical and analytical thinking. All over the country, critical thought is being attacked by the ruling classes in an attempt to strengthen right wing hegemony and this latest move is nothing but more of the same. Academia is not a realm where the line of the powerful can be easily toed. Rather, it is a tool of critical thought and ensuring social justice. But that is what the ruling elite wants to break.

The adherence to the WTO which began during the Congress government made privatization mandatory in major sectors in the country, especially in the realm of education. The speed of privatisation has increased exponentially in the era of the BJP. Not only have they decreased public expenditure on education, but now they are on the way to dissolving the UGC. The only thing that gives us hope is the fact that the students have collectively put up a fight. Their demand is simple: education is a right, and not a commodity bought on the market.

As it is, quality education is largely absent in this country and students hailing from disadvantageous class and caste backgrounds barely have any opportunity. The government spends millions on military budgets and none for the basic needs of the masses. In interior belts, the “government schools” work as bunkers for CRPF jawans who don’t hesitate to prey upon the impoverished tribal populace. Institutions such as Jadavpur University are some of the last bastions of resistance where quality education in available at a low cost. So the presence of a large number of students from disadvantageous backgrounds is not surprising. In fact their numbers in most departments are not restricted to the reserved category.

The questions that are asked during the entrance tests are pertinent to their perspectives as social beings and the social conditions they hail from. This is the core value of the Humanities that the crony right wing politicians wish to destroy for profit-making.

The students, teachers and staff of JU have pledged to fight tooth and nail against the draconian order. After a successful strike, the students have decided to begin an indefinite hunger strike. Restoration of the proper entrance exams and rejection of the direct control of the ruling party are the demands of the movement. 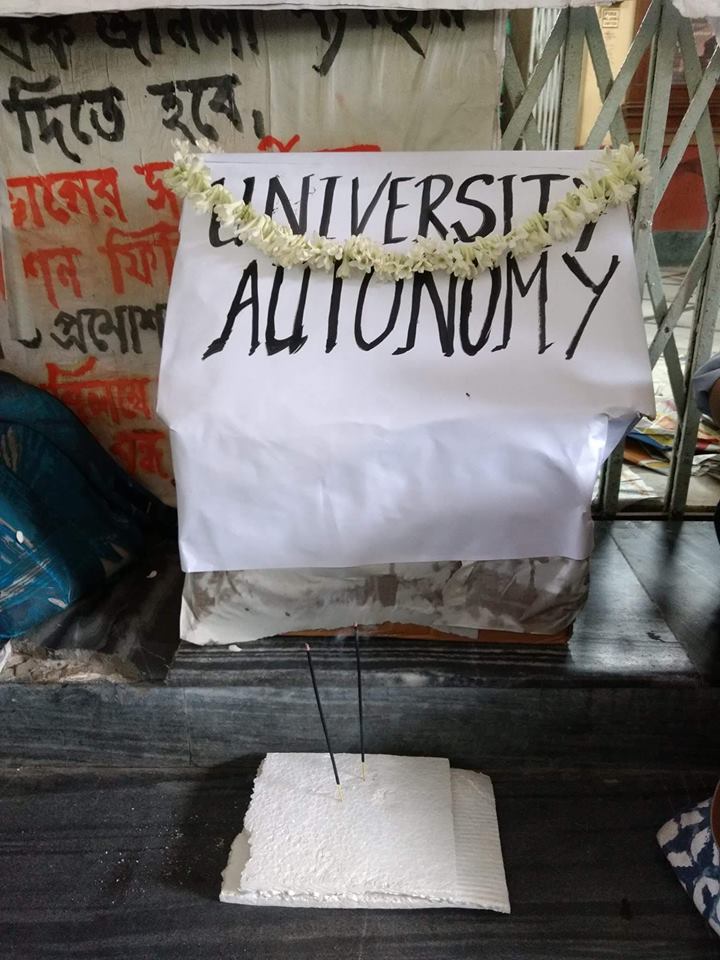 Nabottoma studies in MA, IR department. She is an active left, radical political activist in JU.