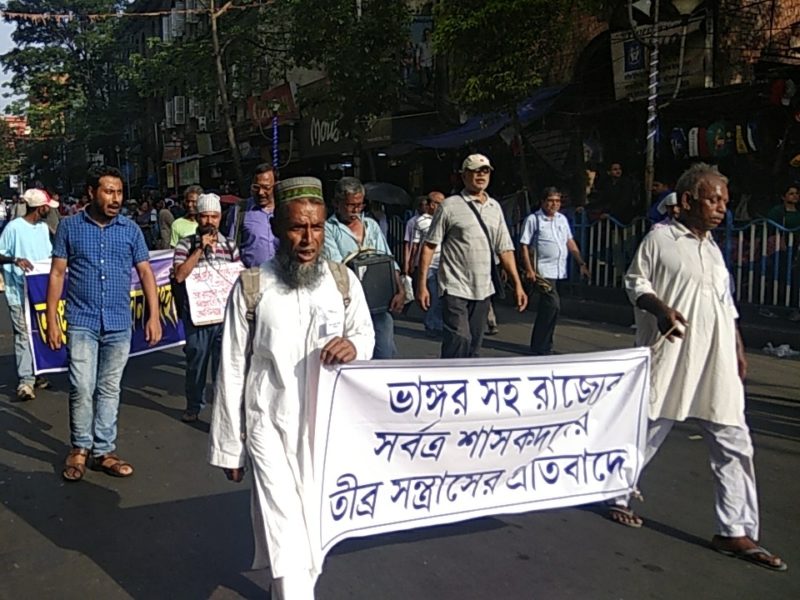 GroundXero, Kolkata: In an unprecedented move the Calcutta High Court today directed the State Election Commission to accept the nomination papers of the nine candidates from Bhangor, sent to the BDO office through WhatsApp.

The Save Land, Livelihood, Ecology and Environment Committee of Bhangor, spearheading the anti-Power Grid agitation for the past one and half years, had decided to contest the upcoming Panchayat Elections in West Bengal. But despite several High Court orders their candidates were unable to submit the nomination papers in the face of severe violence let loose by alleged ruling party goons and supporters who took control of the nomination centers. Widespread violence, armed assault on opposition candidates leading to many deaths and scores of injuries, were reported from all over the state. Even journalists, mainly photo journalists, were targeted. They were threatened, verbally abused and in some places physically tortured while performing their duties.

Today, the Committee reported the entire incident  to the High Court. The High Court, in an 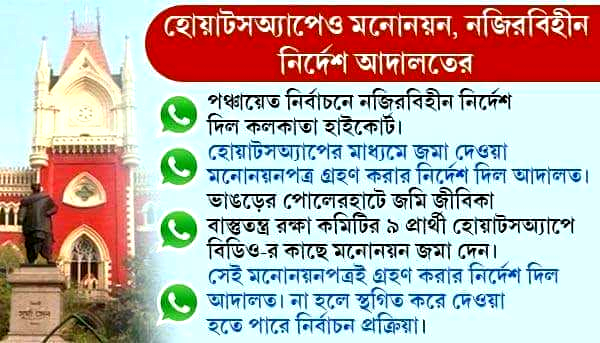 unprecedented judgment, directed the Election Commission to accept all the nominations sent via WhatsApp. The court further told the Election Commission that under no circumstances can it cancel those nominations during scrutiny on 25th April, and asked the Commission to report the same to the High Court on that day. The Court observed that if this is not complied with, the Court will have to suspend Panchayat Elections in Bhangor.

While the Court verdict is a moral victory for the Bhangor movement, it also puts a big question mark on the existence of rule of law in West Bengal. The State Election Commission and the State administration are not even pretending to be neutral. If such is the scale of violence and terror during submission of nomination papers, one can only shudder to imagine what will happen on the days of polling and counting of votes. For residents of Bhangor, the battle is not yet over.